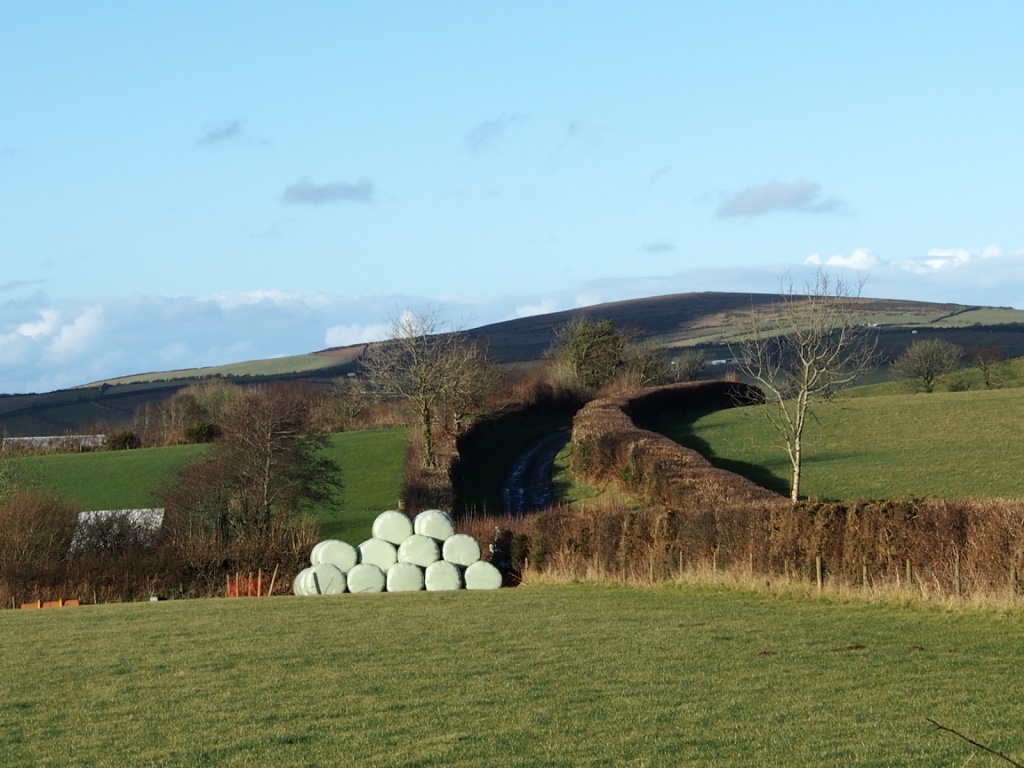 Devon Coast to Coast: Thursday 18 Feb 2016. The final preparations and the journey down to the start.

Susan and I were awake very early (or more accurately Susan was) we were quite excited about getting away for a couple of days.  A few new things to explore…

Another reasonably exciting thing was that it was Keith’s and my birthday while we were away so there was bound to be some “celebrating”.

Fitting the rack proved quite easy a 17mm socket and ratchet drive and I was sorted, even getting the bike on was not bad.  It was soon strapped down so securely that when I rocked the bike the car tilted.. that bike was not going anywhere unless the roof bars came off the car. 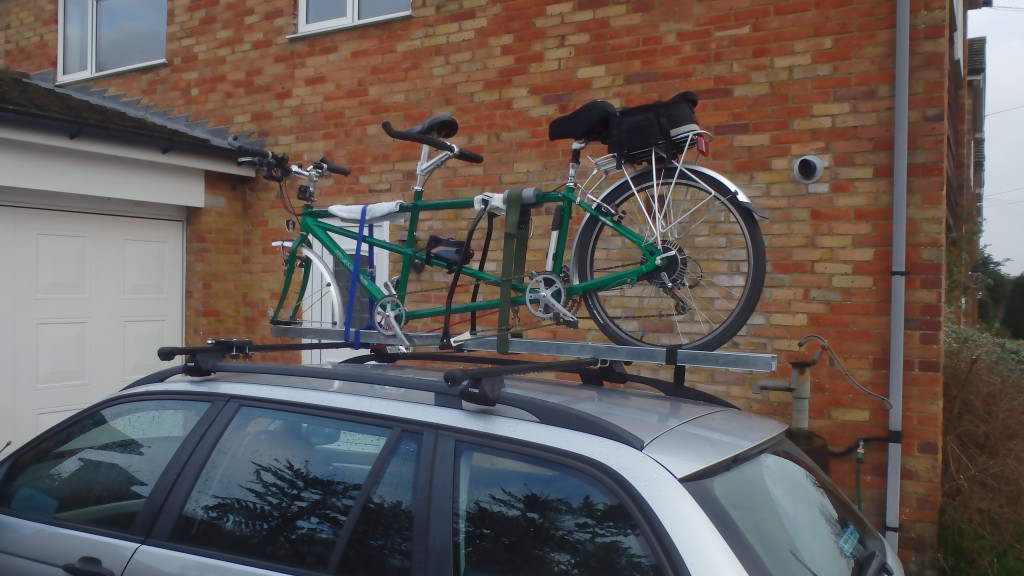 By now it was about 9:30 so we had a cuppa and waited for Keith and Sandra to arrive.

I had foolishly said the day before that there was no rush for them to arrive so they did not get to my place until 11.

I had bought a new rack for Keith’s posh bike but discovered that the spacing for the two machines was VERY different so the carbon steed would just sit on the roof on its rear wheel.  Some hasty adjustments to the front mount (put it on backwards) and we were about ready.  A few extra straps for security, cases in the boot and a few bottles of wine and we really were ready to leave.  I had been assigned the job of designated driver so I very carefully drove off the pavement out into the street hoping that nothing would fall off the roof.  It didn’t and within 8 miles we were on the M3 doing 80+ miles an hour.  The sun was shining and it felt good having a day out of the office.

The first part of the journey passed uneventfully and as things were going so well we started to look for “somewhere for lunch”  (a pub).

We stopped at The Rest and be Thankful Inn 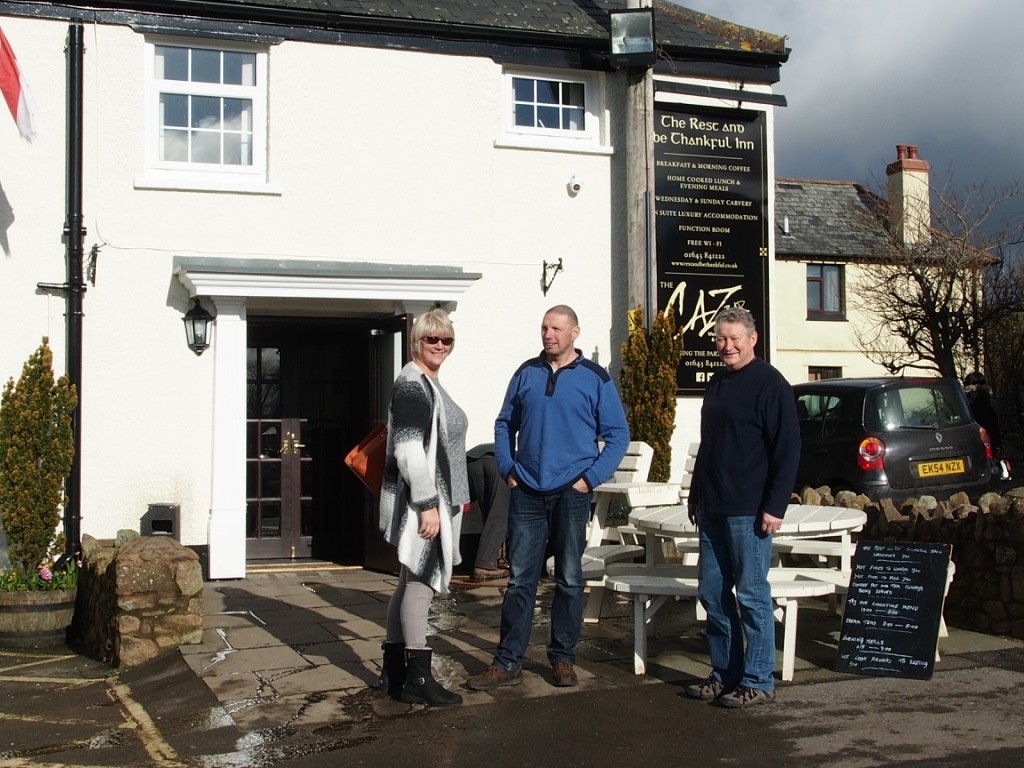 Keith Sandra and I at The Rest and be Thankful Inn 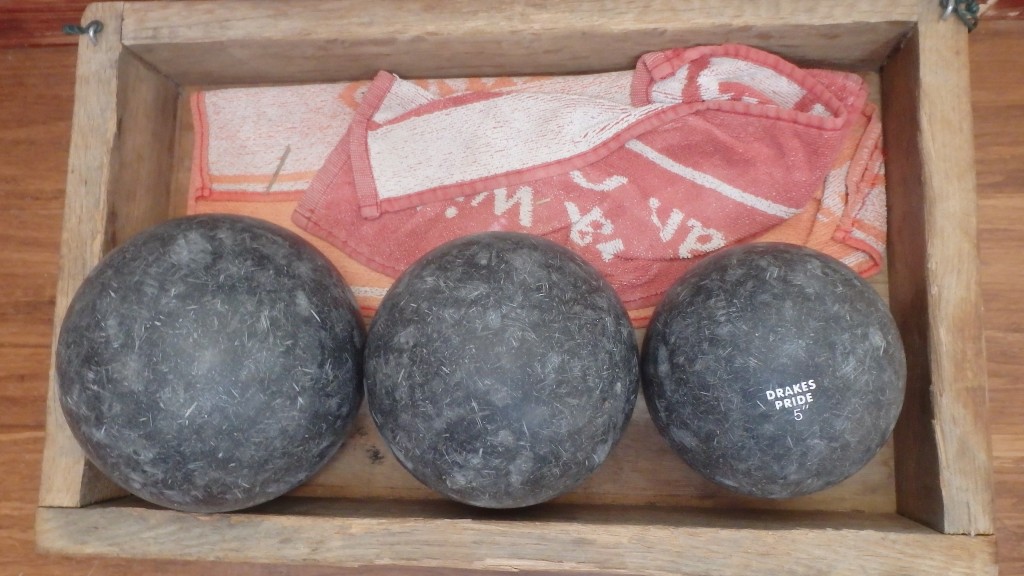 Drake 5 inch… I obviously have two of these NOT three

After lunch which was a pint we resumed our journey but shortly Keith asked me to stop as his bike was falling off the roof.. we re tied it down paused to be thankful he had noticed it and admired the view.. what a beautiful February day.

The view when we stopped to secure Keith s bike. 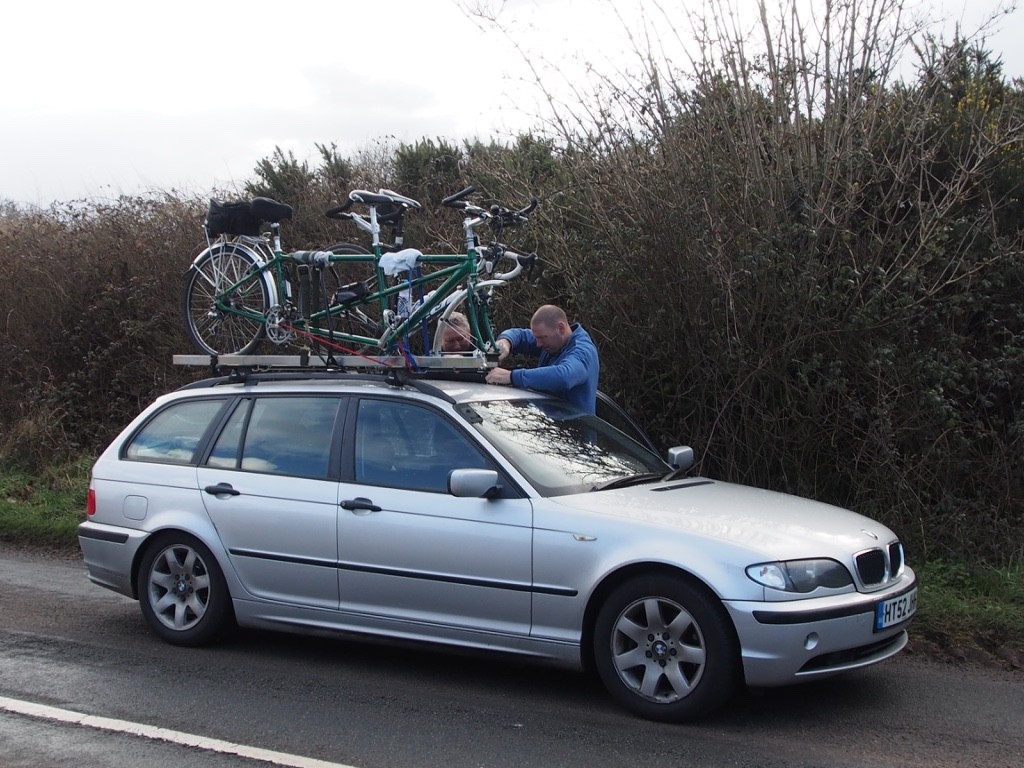 We took the bikes off and I was now in trouble I could not find my lock anywhere… Keith had mistaken it for his.. he must be blind as his is red and mine is black… when that was sorted we checked in unpacked and headed into town for dinner. 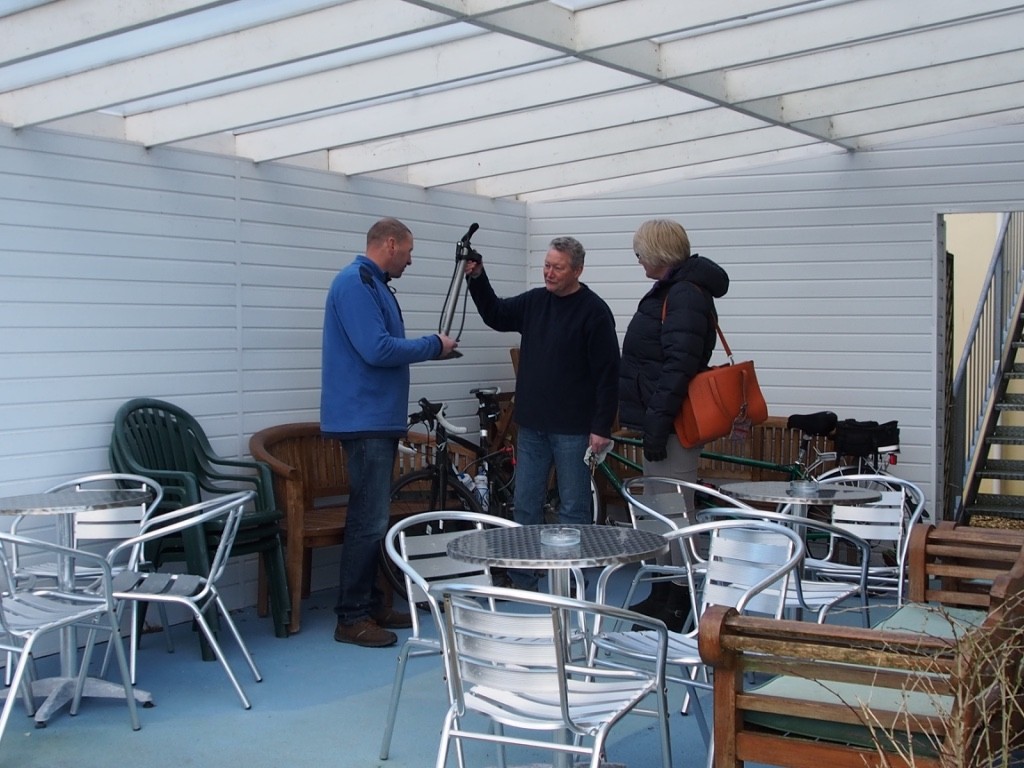 Weatherspoons was the salubrious location picked for dinner so off we went…. 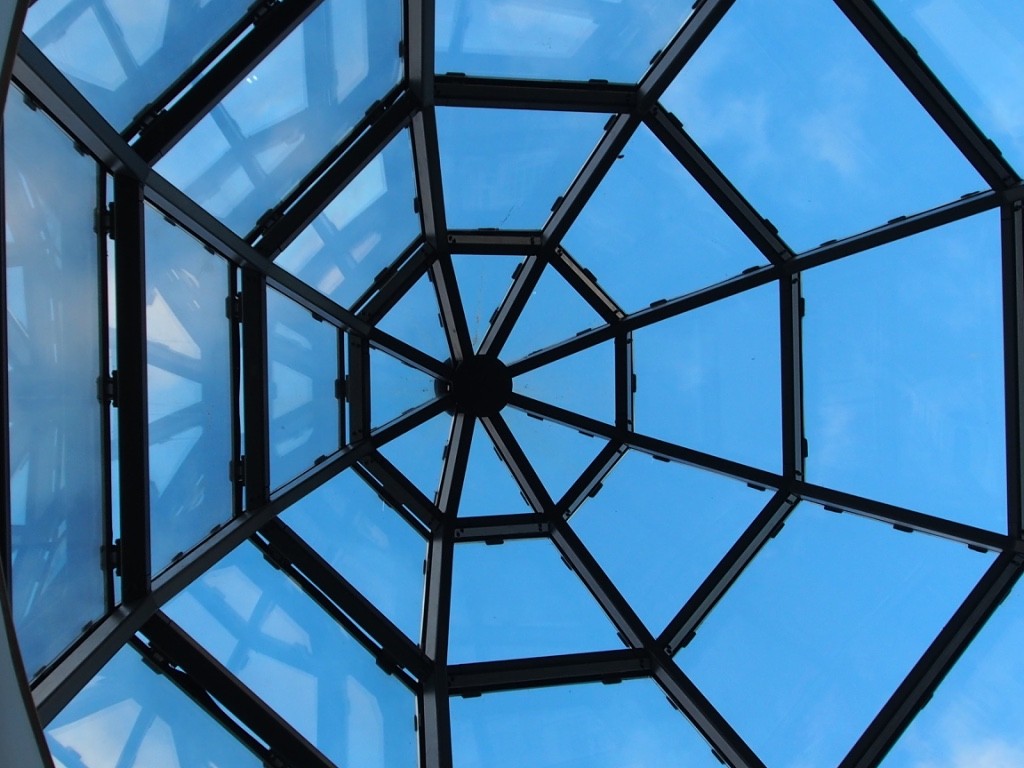 I suspect a few people have seen this view…. flat on your back looking up to the roof in Weatherspoons!

After dinner it was back to the B&B for some rest before the start on Friday.

Just a quick update thought this was funny… 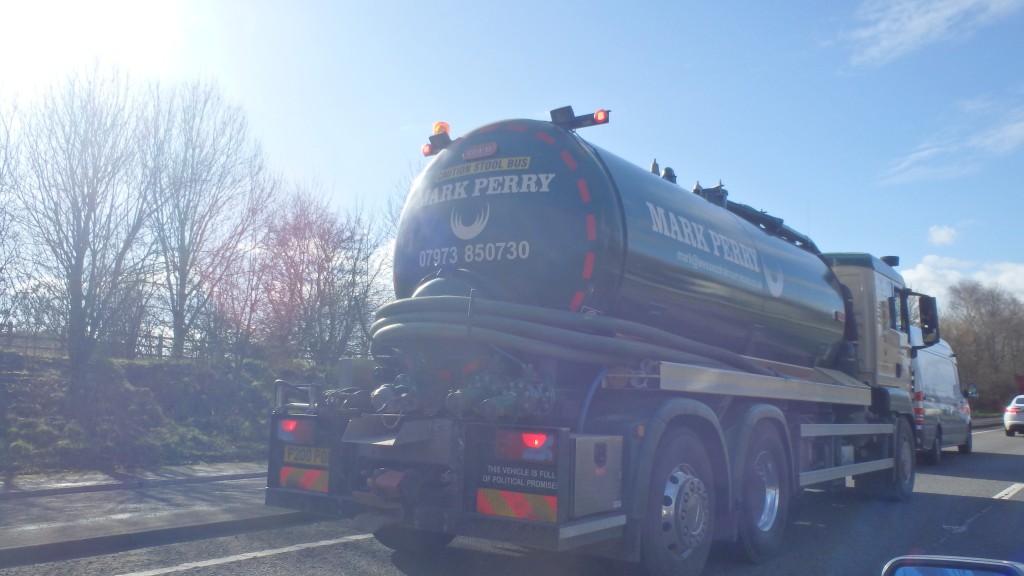 Not easy to read but on the back it says “Caution stool bus” at the top and “This is full of political promises” at the bottom right…………………. It is a tanker full of shit…..