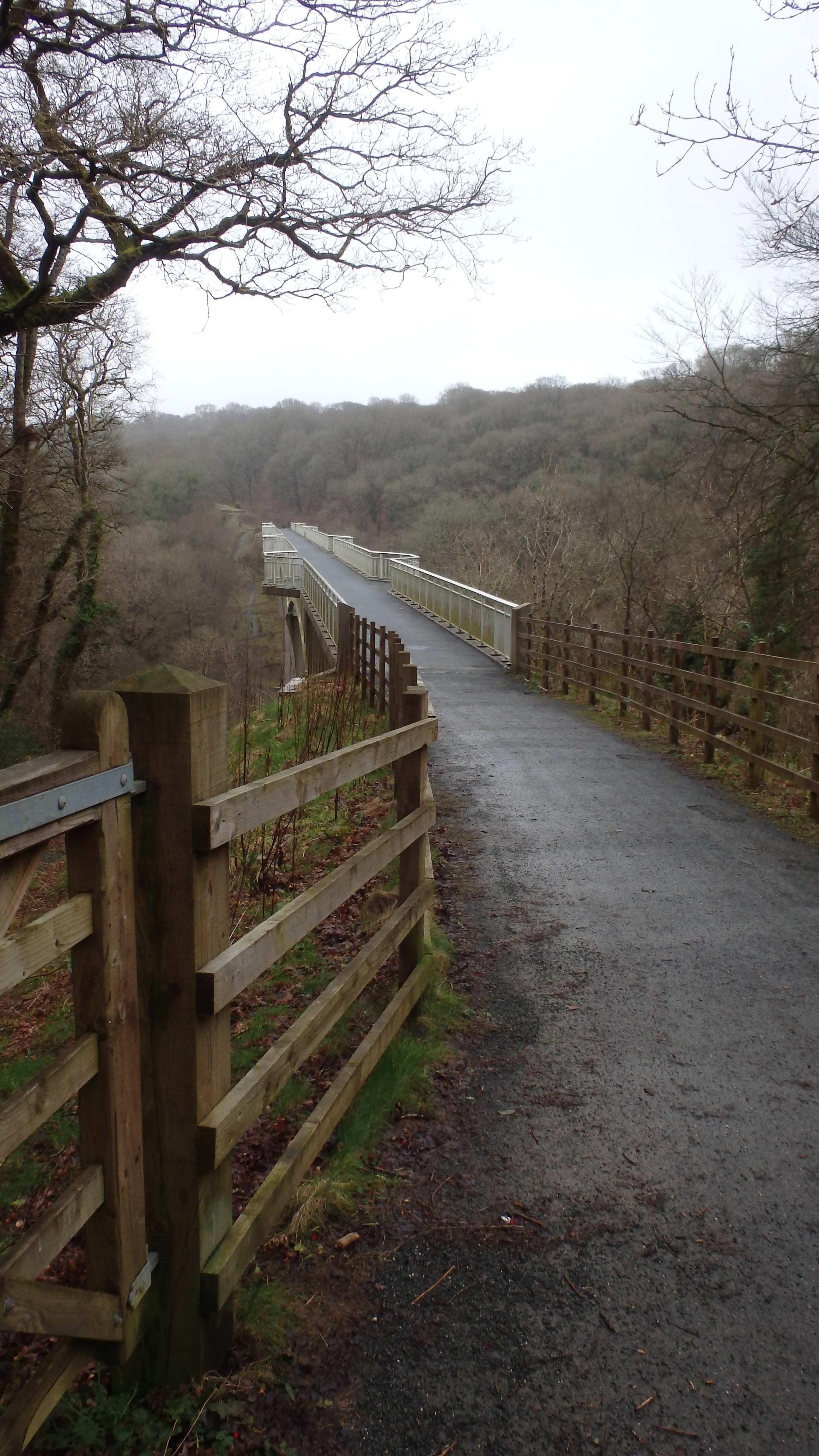 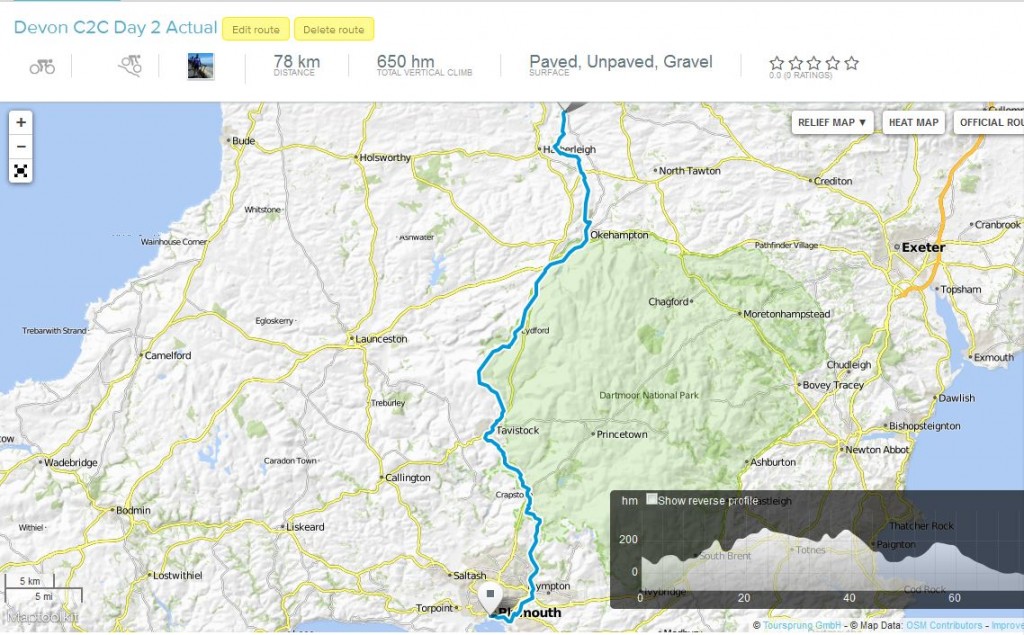 We were up very early again after what had been an almost sleepless night for Susan.  We had the room over the bar and even I could hear almost every word.  The bar was closed and quiet at about 2:30 am!  To add to the discomfort an alarm clock in the room next to ours started bleeping at about 11:30.  Susan turned everything off in our room in some attempt to find the culprit obviously to no avail.  I woke up to see here listening at the door!  I got up went into the next room and unplugged the alarm clock radio and tried to get back to sleep.  Not great preparation for a slightly longer day’s cycle than yesterday.  At breakfast we mentioned this to the landlord who made no comment, maybe it is what they do to irritate visitors to their quiet hamlet.

Breakfast was good, not as good as yesterday but then that was quite a spread to beat.  We loaded the car then unlocked the bikes while Sandra paid the bill… none of us got anywhere near guessing the total amount, we will not be staying there again.

The weather was even worse than yesterday and Keith had cheerily told us that his very accurate forecast was indicating a strong S/ SW wind with gusts of up to 50 mph.  Just what we needed as we were cycling almost due South.  He almost forgot to say that as well as the wind it would be cold AND wet, lovely.  Gadgetry all switched on we left the pub and decided to walk the first 50 yards or so to make sure we were going the right route, my Garmin said right and Keith’s said left, mine was right so that settled we mounted to find ourselves heading down a steep descent to get us on our way.  As we know every down has an up and for the next couple of miles it was a steady climb in a cold biting wind and driving rain.  Even the steepness of the hill and the effort required to get up it did little to warm us.  I’m guessing that as I was on the front of the tandem I took most of it but from the look of Susan she was getting her fair share.

When we got to the top it was sleeting, today was not going to be much fun as the first 10 miles or so were “hilly” after which it was just undulating round Dartmoor then downhill into Plymouth.. well that was what my map said.

After a couple of hours we had only covered about 15 miles it was really hard going and Susan looked very bedraggled and a little dispirited.

Arriving in Oakhampton we were faced with a longish walk through town then uphill out the other side to join the Granite Way.  I had earlier suggested that Keith did not wait for us so he was long gone and we really did not expect to see him again unless he stopped for a coffee, maybe a three course lunch, a few pints etc etc… you get the idea I expected him to be a long way down the road in front of us.

By the time we had reached the Granite Way Susan had suggested a taxi, not a good sign as we still had 30 something miles to go.  I persuaded her to keep going until we reached the Granite Way as I was sure it was flattish.  When we got to it there was a man with a dog who confirmed it was flat for the next 15 miles so even though she had not believed me (I do fib about hills sometimes) she took this stranger at his word and we remounted.  The Granite Way is another stretch of disused railway that has been converted into a cycle track, nice smooth tarmac and yes it was flat. 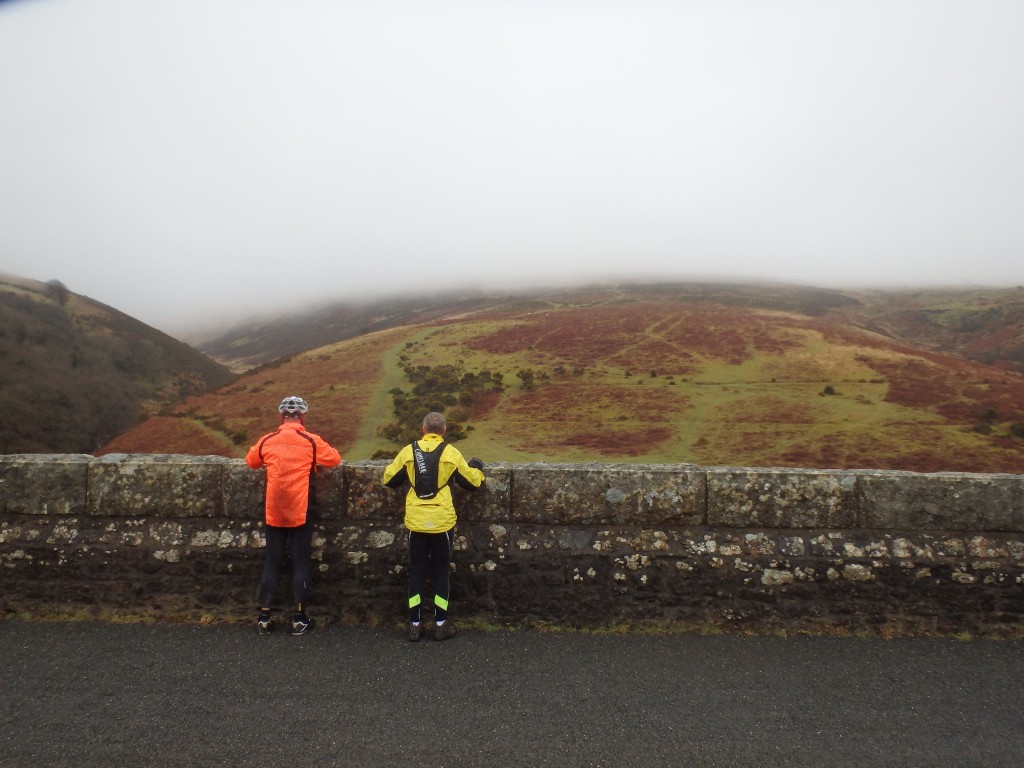 Keith and I taking in the view on Granite way

The wind and rain were killing me so even though it was flat I was unable to find a gear that suited my cadence and power, (or lack of it), so I was constantly changing gear which apparently is not good for the stoker on the back.

5 miles along Keith joined us from the left hand side… I have no idea where he had been but his route had taken him a different way even though we had the same file that I had plotted loaded on his Garmin.  We really could not have planned to rendezvous like that the timing was perfect.  I actually thought he must have been sitting at the side of the road waiting for us but he assured us he had not.

Re united we pushed on and the track seemed to start to go downhill slightly so we really cranked up the speed and for once we were able to easily keep up with Keith and at points where the track was not quite so good we outpaced him, we were not bothered about the fragility of the tandem or its tyres, Keith went through the “rougher” parts very gingerly on his Carbon racing bike.

This part of the trip although cold and wet was a lot easier and quite interesting.  We crossed rivers on disused viaducts so did not have to go down into the valley then up the other side making it require a lot less effort .  We stopped on occasion to admire the view rather than because it was a “dismount and Walk” situation, we even had time to take some pictures. 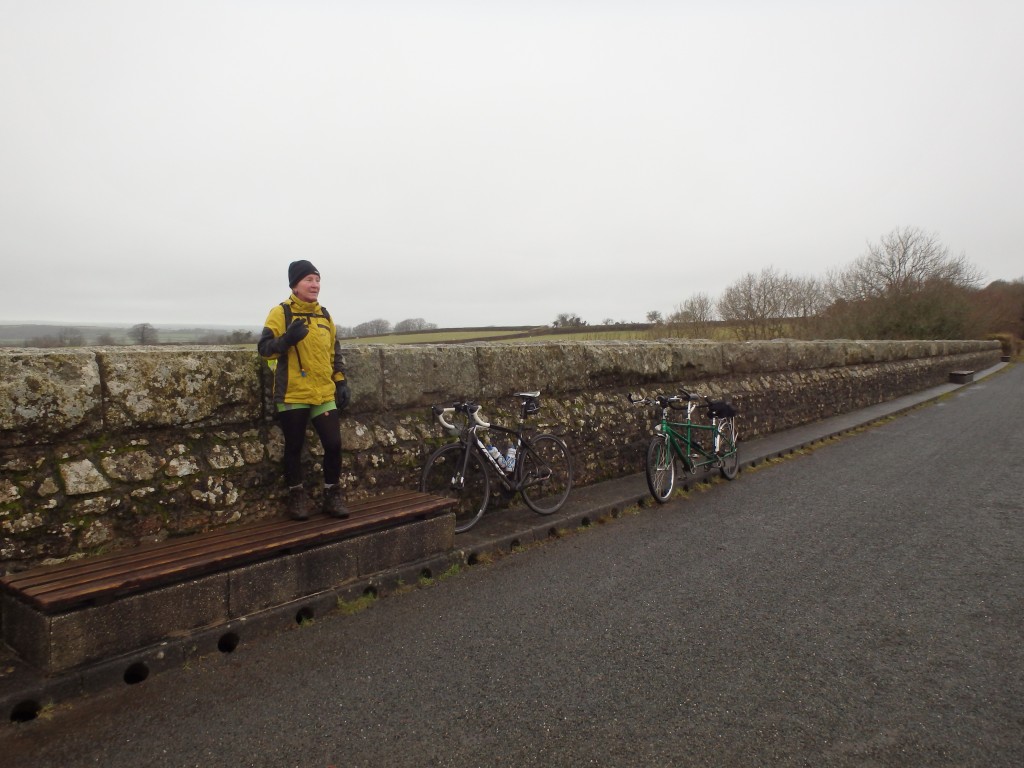 Stopped for a picture its not raining

At one point we were thundering along only to see a very large boulder in the middle of the track cursing I hit the brakes and lost all our momentum… just as well.  The boulder is deliberately placed just to force exactly that situation as it sits on a blind bend with a gate across the path and a road beyond.  Without the boulder there would have been some severe braking required and even then we would probably have crashed into the closed gate, thank you to Sustrans who maintain this route.

Although things were easier Susan was struggling, my high cadence and constant change of pace coupled with the elements was taking its toll so she greeted the sight of Sandra (who had surprisingly located us) with her BMW and the coffee shop with some pleasure.  Over a hot cuppa she decided that enough was enough and the prospect of another 30 plus miles of what we had just been through just did not appeal at all.  We had considered this possibility before we set off and I had thought I would just go it alone on the tandem.  It would be slower but I would eventually reach Plymouth.

Keith was having none of it and without hesitation said he would ride with me on the Tandem.  His bike was put on our tandem rack on the BMW and locked down. 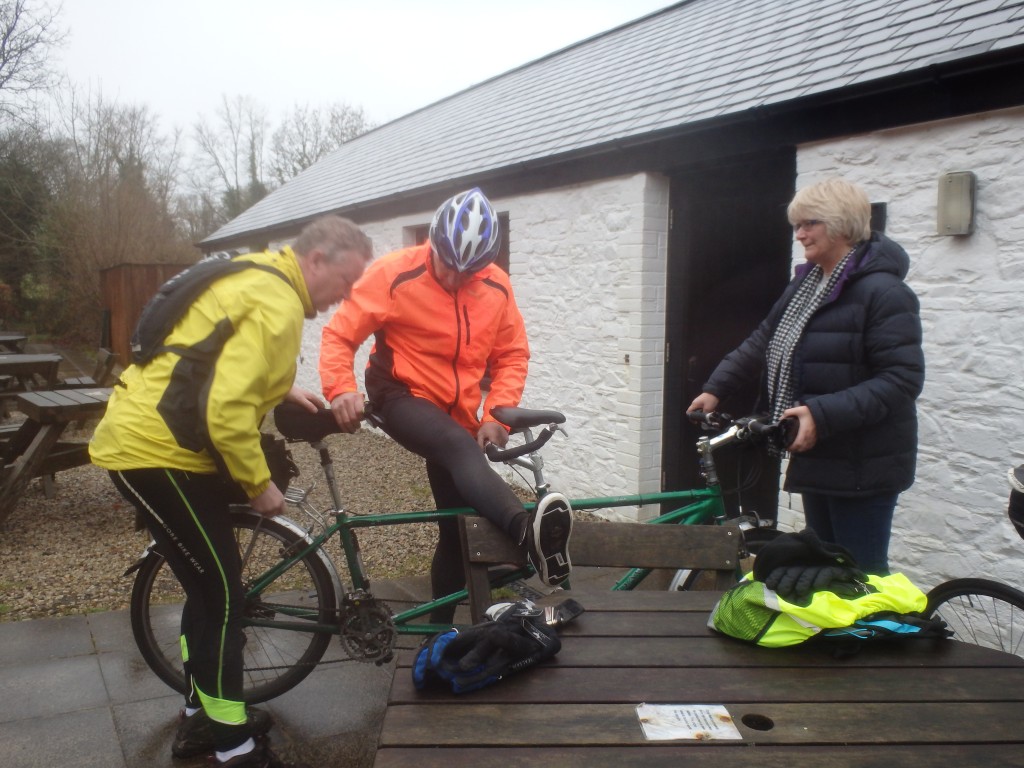 Adjusting the tandem to “fit” Keith

After some discussion we decided he would go on the back.  There were a few of reasons for the decision

Reason 3 was quite strange but I was very uneasy about putting my faith in anyone else to “drive”.  I now have some sense of how much the stoker must believe in the captain!!!

We put the seat up and messed about in the car park with a practice start and we were away… up one of the steepest climbs of the day.  Now we were both clipped in as Keith had his SPD shoes on so there was no stopping and we rode up what turned out to be 3 consecutive hills without the option of “dismount and walk”.  Actually that was probably the most difficult climb from our restart so it was good to get it out of the way early in our new tandem partnership. 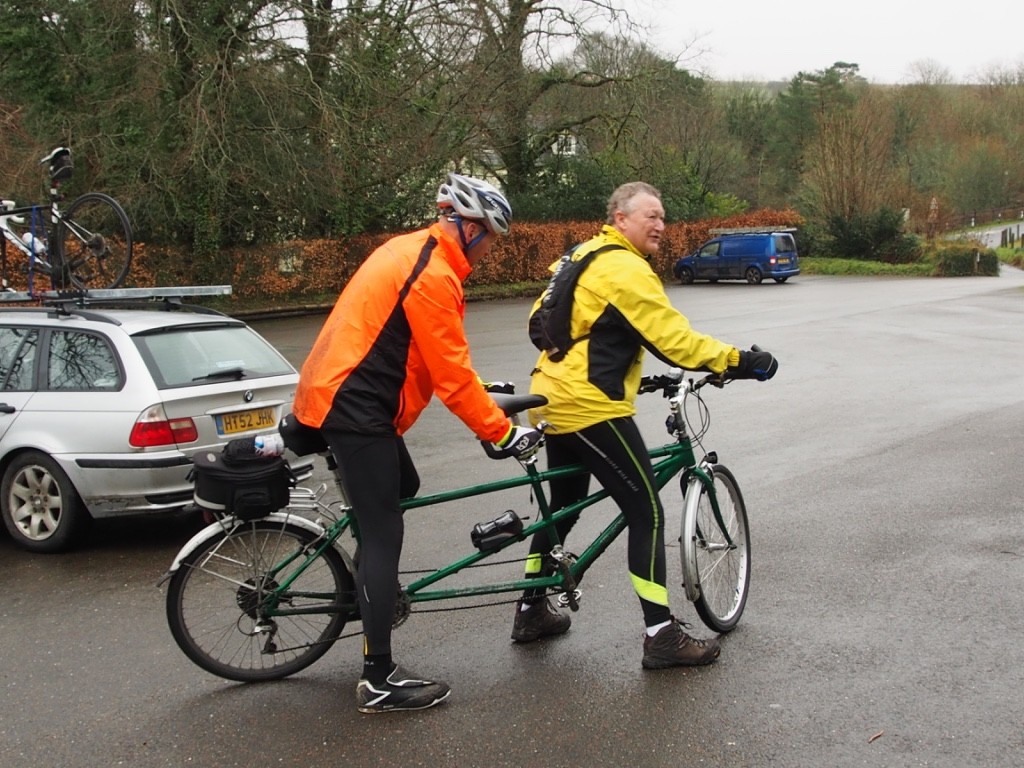 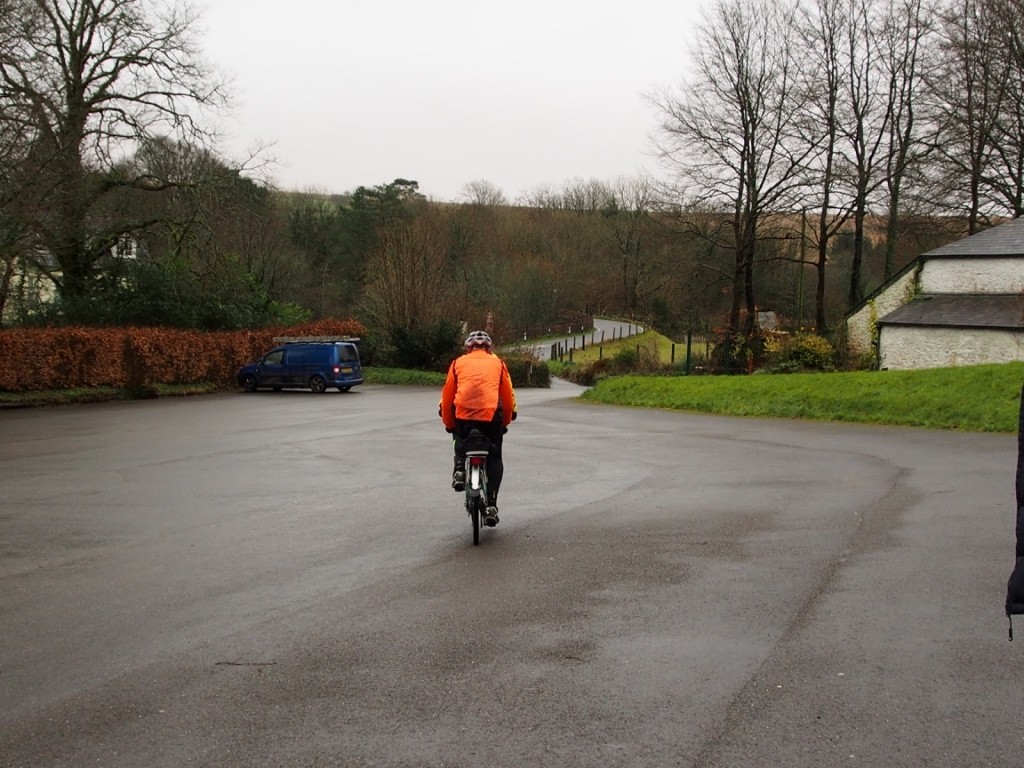 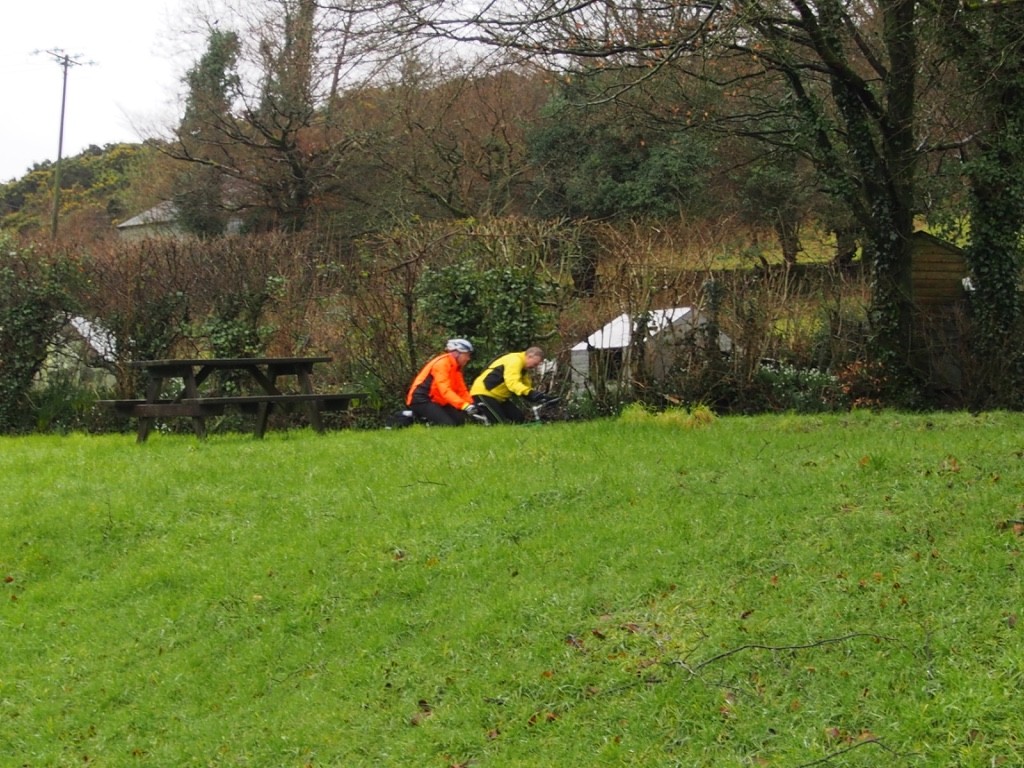 Start of the first climb….

Once we had made the top it was a rolling ride and we were moving so fast that we missed two turnings and had to screech to a halt and retrace our steps.

On reaching Tavistock we dutifully followed the Sustrans 27 signs ignoring my planned route only to find it brought us out in exactly the same point but was simply a route to avoid the high street!  Fortunately we continued to follow the signs rather than my route which with hindsight was hillier through this section.  We cycled through a housing estate rather than on the main road until we reached the start of Drakes Trail. 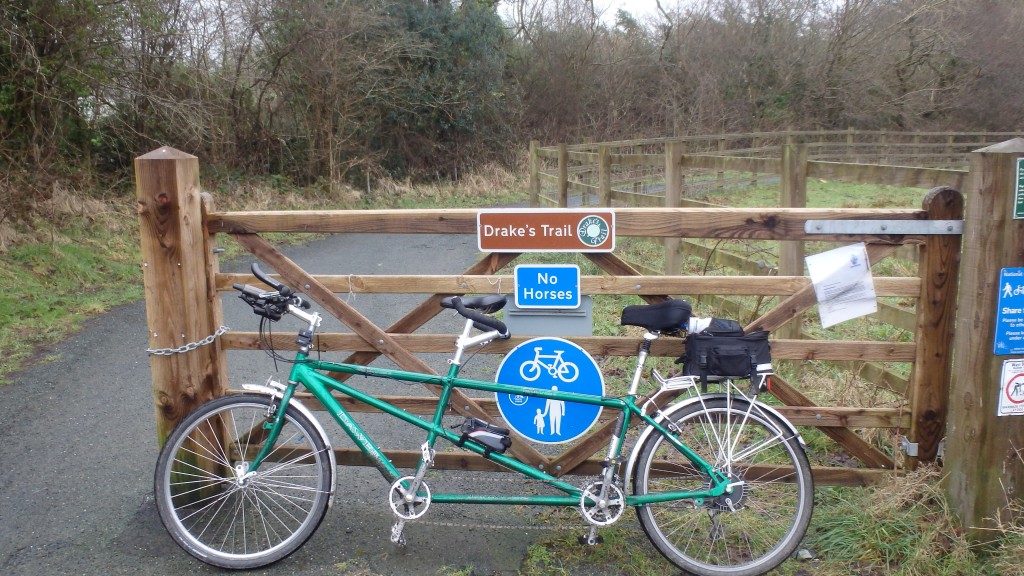 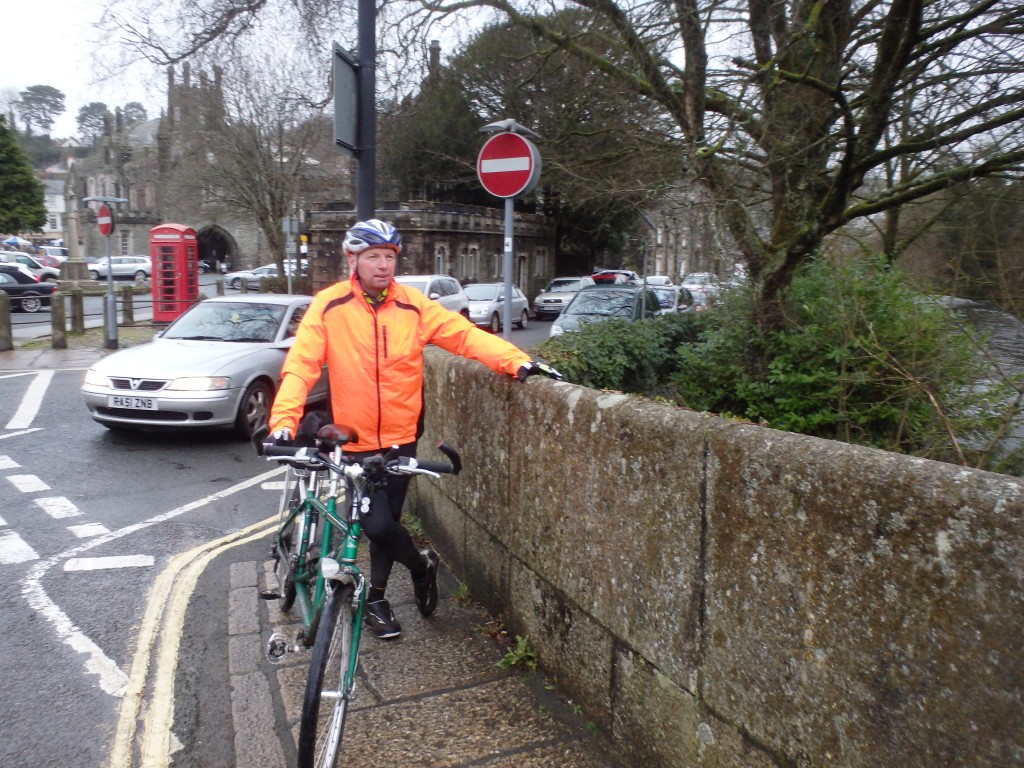 A short rest in Tavistock

This trail would take us from Tavistock to Plymouth round Dartmoor.  We now started to see some other users of the track, cyclists, joggers and walkers.  Again it was a well  maintained cycleway and we overtook everything on two wheels.  There was a slightly scary moment when heading through an old railway tunnel we could see a pushchair on one side and a couple of lights on the other heading towards us… Keith just suggested I head for the middle, my lights were disconnected so they had no idea we were there.

It continued to be “damp” and when we reached Dartmoor it was particularly so but then again as I said in a previous post “Dartmoor in February, we must be mad”. 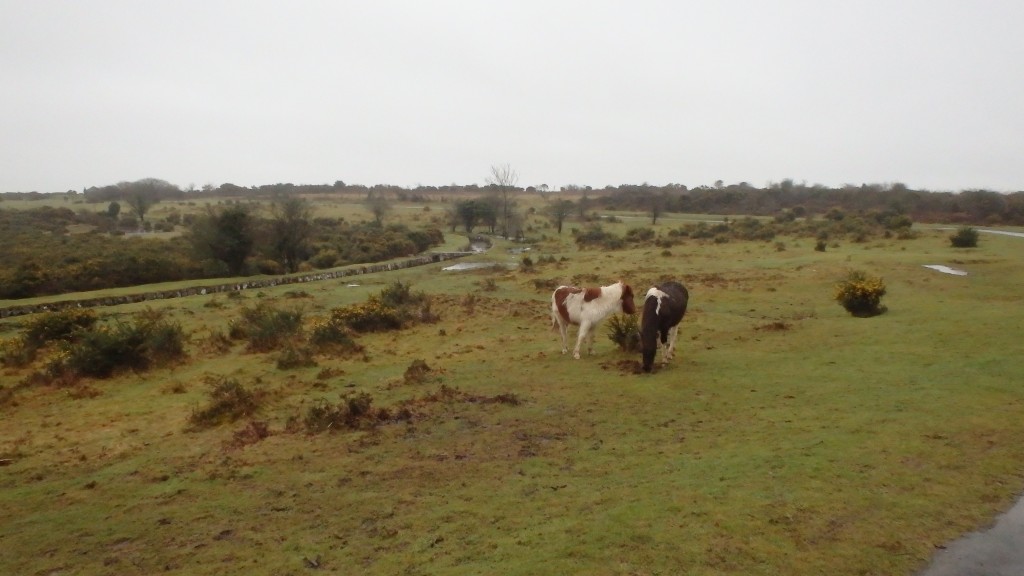 The closer we got to Plymouth the busier the route became as it is quite a well-known well-trodden path.  We even passed two other tandems.

The final 5 miles off road was unnecessary (we could have done it in 3) but I had planned the route to avoid the main roads so we came into town on the opposite side of the estuary to our B&B… I could hear Susan suggesting I was mad and we should just go straight in!

We stopped outside the B&B within a few minutes of Susan and Sandra’s arrival.  They had been waiting to check in but they could not get in as the owner was not on site.

We locked the bikes in the backyard to a pile of scaffolding unloaded the car and went to our rooms.  Showered and a bottle of red demolished we headed out to find dinner.

We had decided on Thai but had to first have the obligatory trip to Weatherspoons for some as yet unknown beer tasting.

It had been quite an interesting few days.

Some “cold light of day” observations