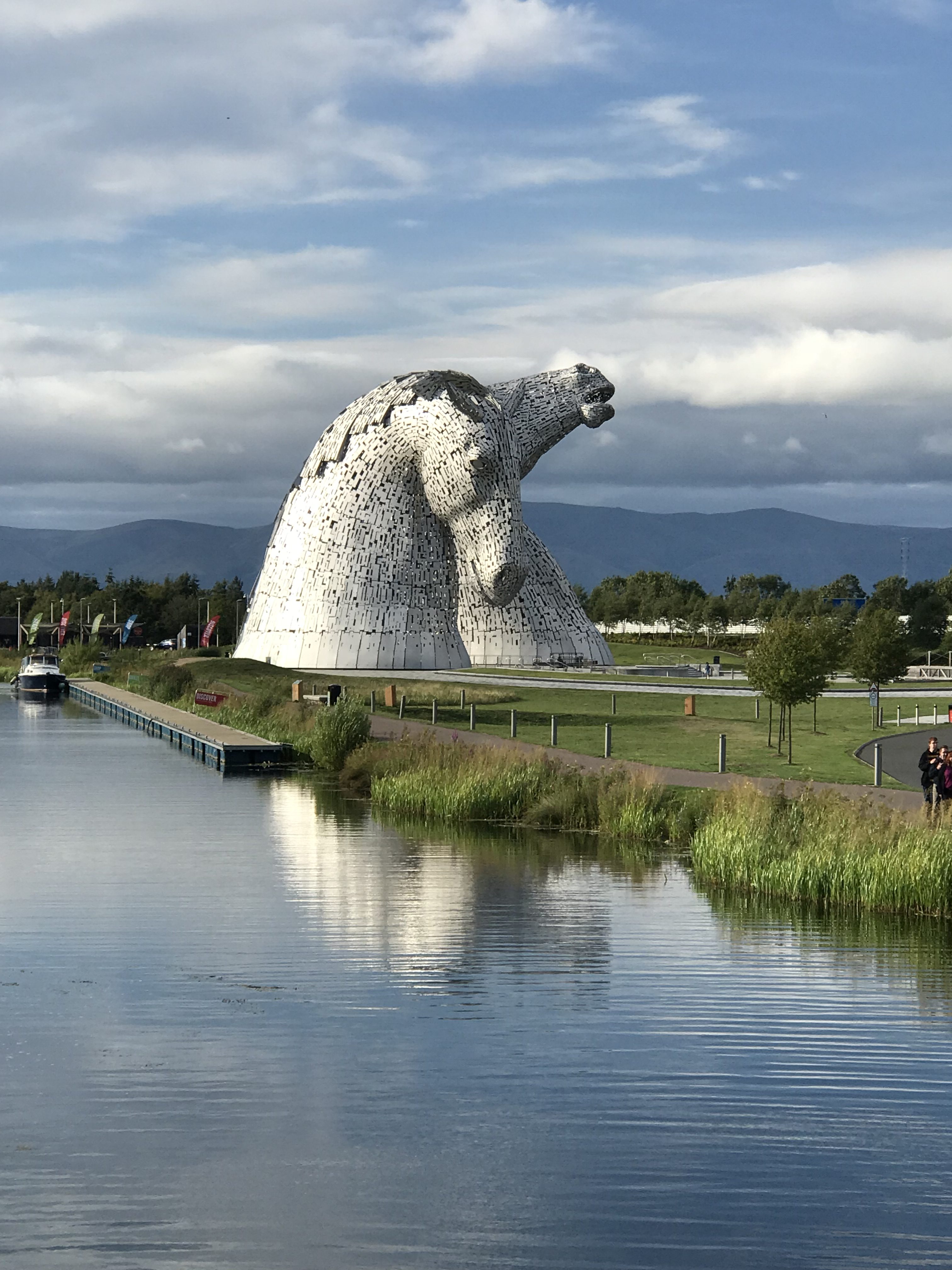 Friday 3 August: Messing about in boats

Slept Ok but it was very noisy as it rained most of the night.  We were up at 6:30 and used the facilities.. quite a luxury strange how a week away makes even the simple things much more appreciated.  Breakfast done we contacted Phil to see what his plans were for the day.  He called telling us the weather was due to improve so he would come down and we could spend sometime on the boat.  After detailed directions as to the location of the meeting point we left the site found the RV point and waited.  Phil arrived about an hour later with a dingy and his son Hamish and his best friend Frank.

After much messing about we were all in the dingy and motoring out to Phil’s yacht “Debonaire 2”.  We stowed everything them just spent the morning messing about in the dingy, the boys wanted to swim and I did a bit of fishing , caught nothing again. 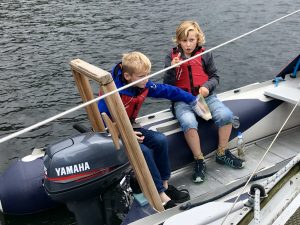 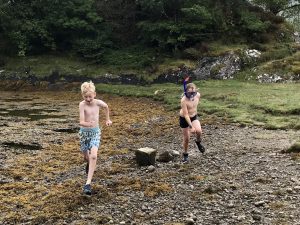 Hamish and Frank enjoying the water

Phil made us a really good lunch on board then it was more swimming and fishing, the weather had brightened up and we had a very pleasant couple of hours. 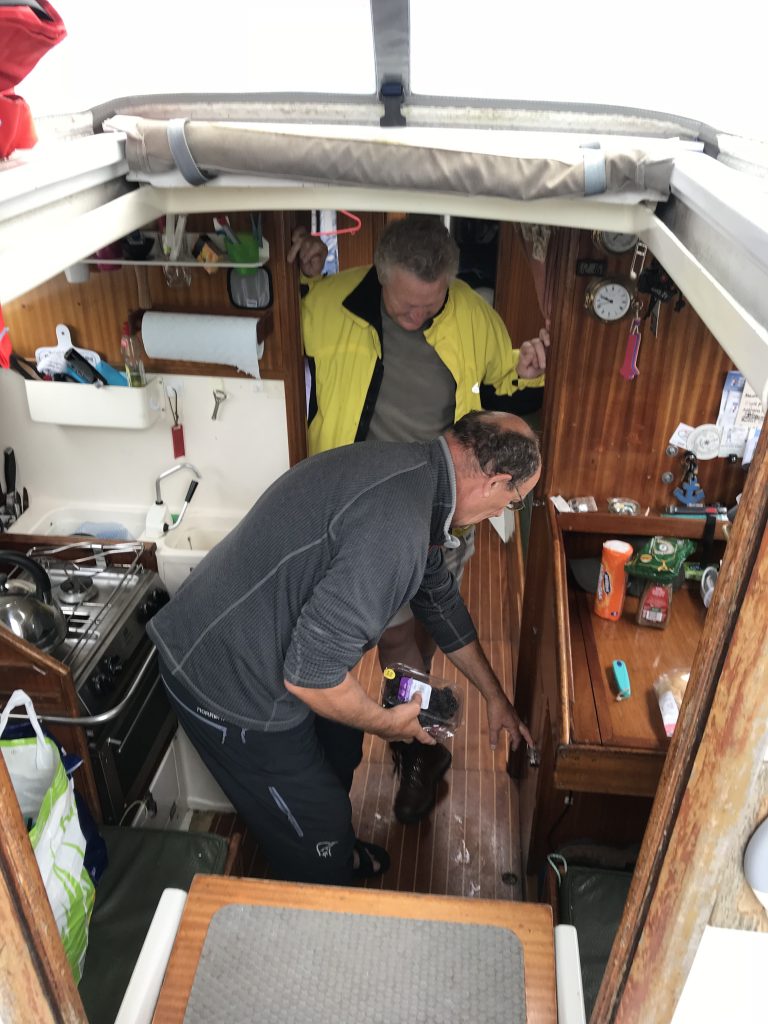 We were on our way at about 4 pm with a plan to head south to try and catch some sun so up though Glencoe then down towards Falkirk where we called in to see the Kelpies and the Falkirk wheel. 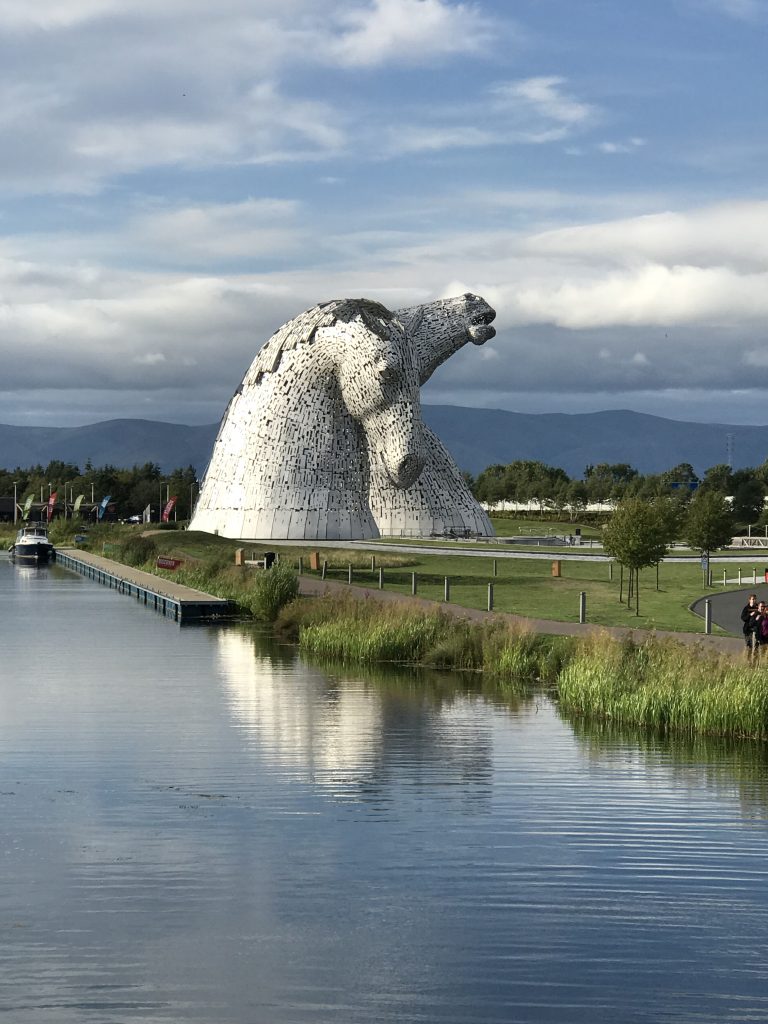 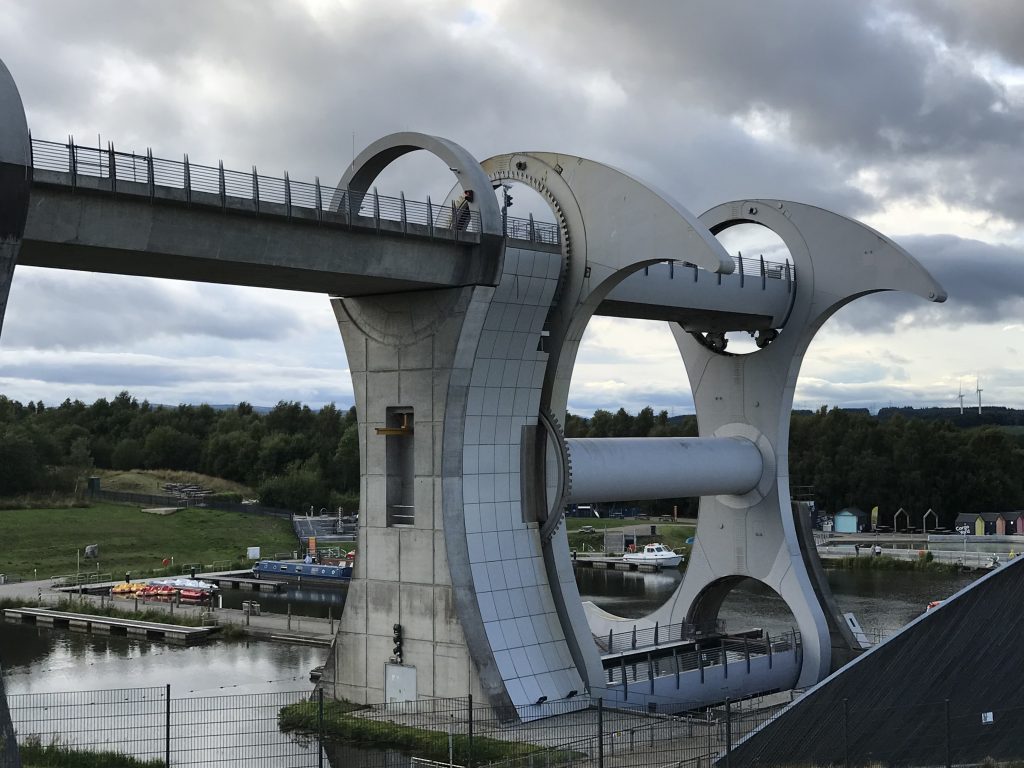 We still had no idea where we would overnight so we went down the coast road towards Berwick looking for anywhere to doss.  We came up a very lovely place North Berwick where we parked in the good spot, level and looking straight out to sea, perfect. 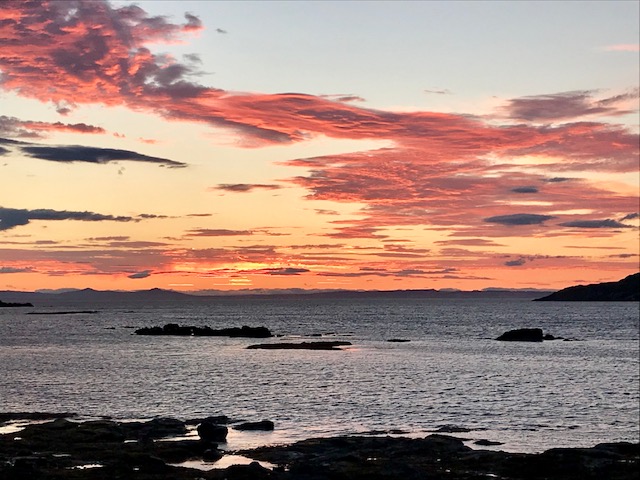