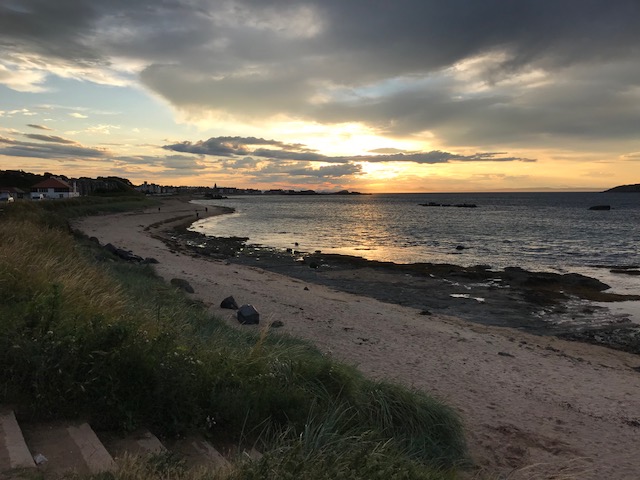 As always Susan was awake very early so by default so was I, a short walk round the clifftops then bike off for a little pedal along the coast road which is reasonably flat.  It was a beautiful morning the sun was out with a slight breeze to hinder my progress but on the way back it would become a nice tail wind yeah right why does that never seem to happen?

On my return passing our original stop I saw two empty spaces so jumped on the pedal to get back before anyone else took them.  I put my bike against the fence and jumped in the drivers seat.. telling Susan to hold tight I drove off without checking everything was secure, obviously it wasn’t so there was a little crashing and banging resulting in a broken cup but we had prime position on a tarmac hard standing looking straight out to sea.  Securing this spot was worth a broken cup, thankfully the Gin and Rum survived. 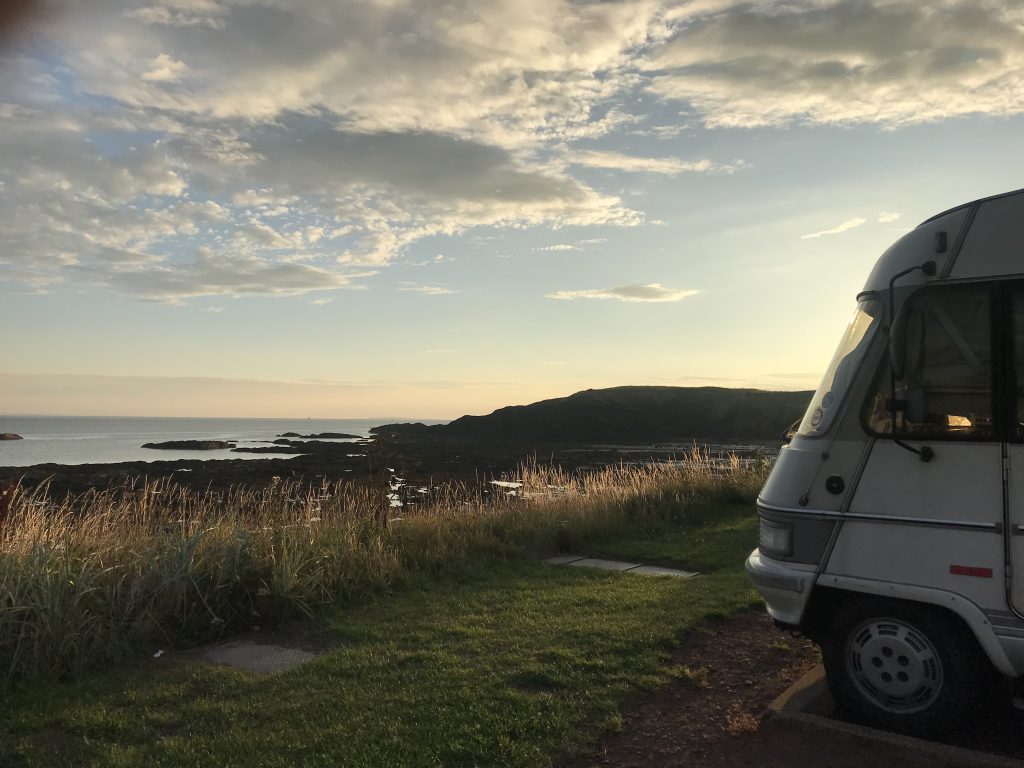 Back at sea level

We then set off into town along the beach with Susan’s metal detector trying to find our fortune, no joy not a thing found.  The reason for going back to town was to watch the MOTOGP and have another beer or two.  After a promising start Valentino slipped down to 4th  but it was quite an entertaining race.

Back at the van I set up the fishing rod and trekked of round the rocky headland off to try my luck.  I did actually manage to hook a Mackerel but as usual it managed to get off.  I fished on for another half hour but not another touch. 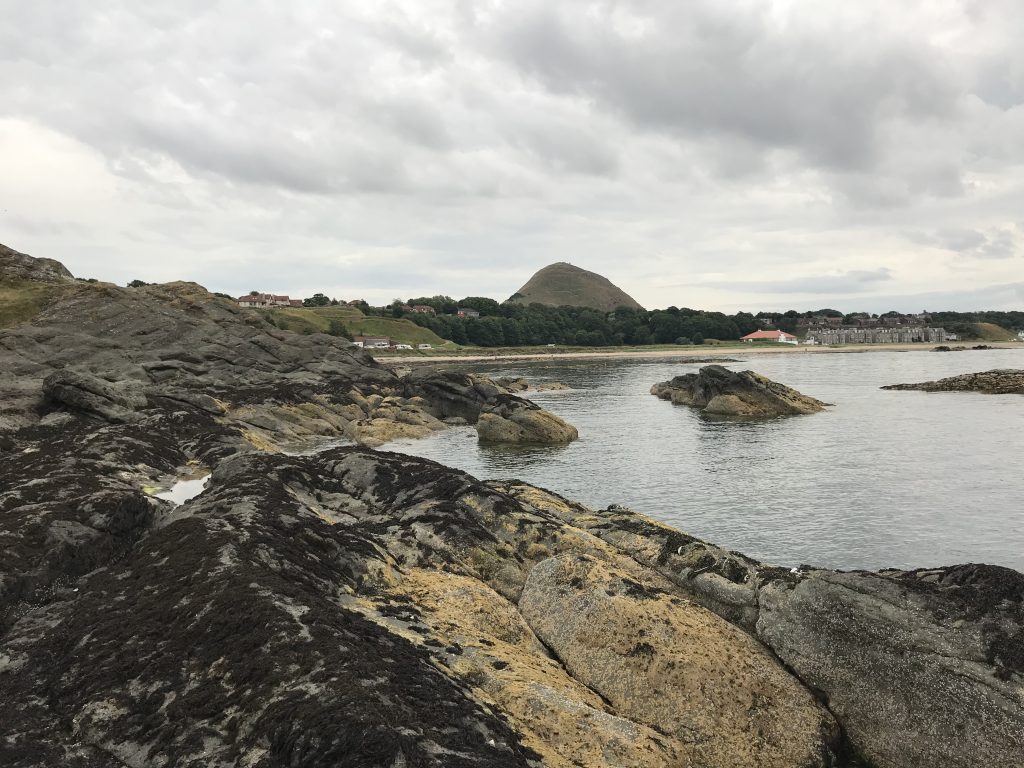 Returned to the “Roving Hotel” watched a couple of episodes of the sopranos then sleep.

It s tiring doing not a lot all day.