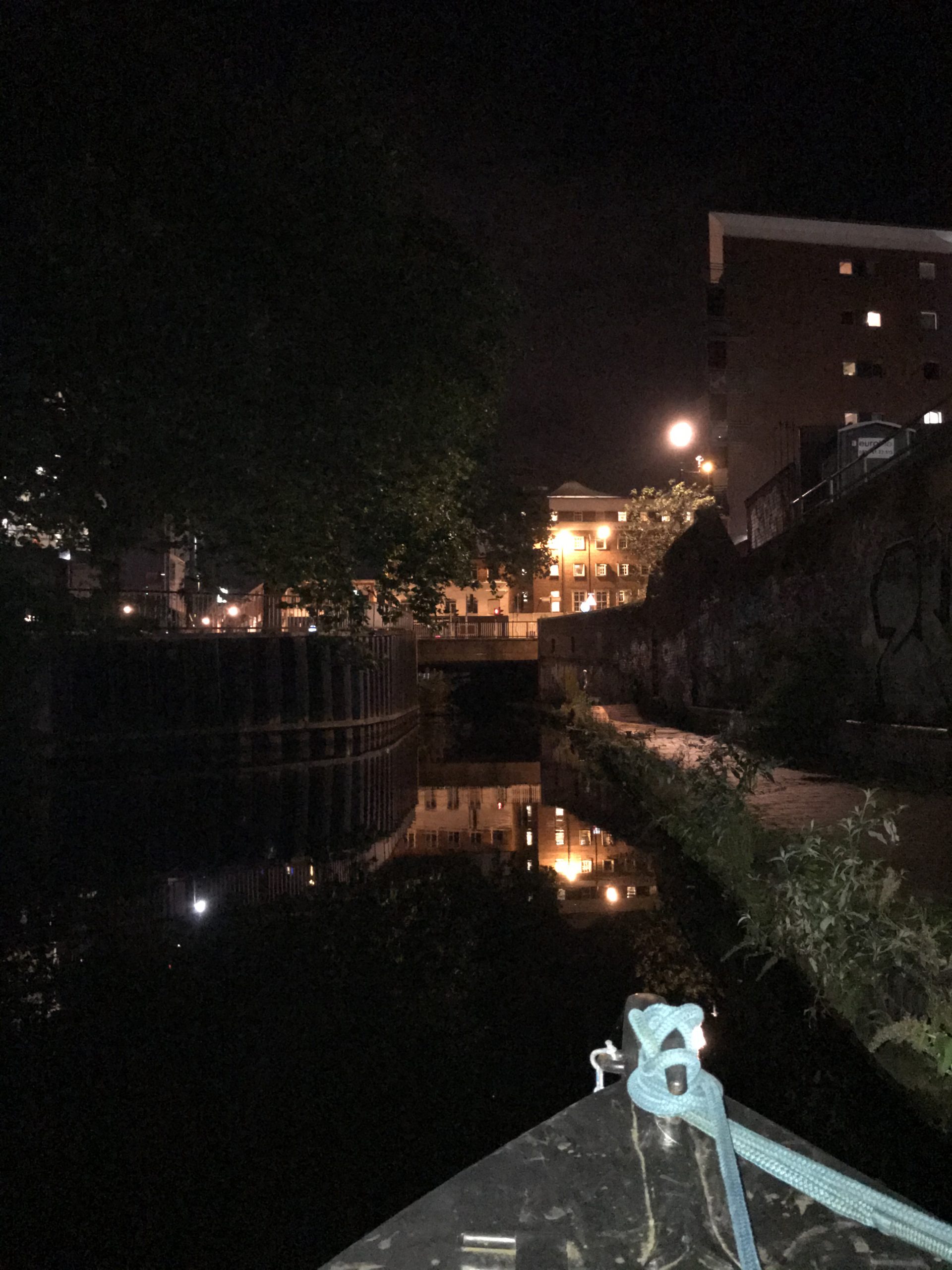 I learnt a very expensive lesson this morning drones do not float!

I was awake early again so decided to fly the drone so I could get some footage of the location and boat from the air.  It seemed to be going Ok until I pressed the “return to home” button and it flew straight into a tree and fell into the canal.  I did try magnet fishing for it for 15 mins but no joy and I guess after 15 mins underwater it probably wont work anyway.  So sadly Susan’s very thoughtful and expensive gift is no more so a really bad start to my day.

Sulking I set off and was soon approaching the Knowle flight of locks 5 of the big ones again all on my own.  It really is very tough physical work getting the boat through these but without mishap I made it to the top by just after 9 am not another person or boat to be seen.

It was reasonably plain sailing for about 10 miles from there until the next flight of locks.  Just so I did not get too into a rhythm I had to go into the weed hatch to remove debris from round the propeller on three occasions.

The Grand Union Canal is far from grand, in places being very overgrown and full of debris.  I was surprised at how shallow it could be in places with the boat running aground on the bottom.

Next up were the Camp Hill locks only 6 of these.  By now at last they were single locks so not so much messing about tying the boat up as it cannot go anywhere.  Just make sure its in front of the cill and not too close to the front gate and water can pour into the bow when the paddles are lifted note to self, keep the front door closed.

Through those and straight onto another flight of 6 the Ashton flight, really dirty polluted litter strewn area.  There was a warning that I may need an anti-vandal key to unlock the gates but all was fine until I got to the top lock which I could not open as it had the locking mechanism applied.  I had a key in the locker which I did not know what it was for as my luck changed for the day it fitted that mechanism so I could get out of the top lock.  I had to pass through the Ashton tunnel which was so tight I scratched the top of the boat and lost one of my navigation lights!

I was getting very tired by now and there were no boats or moorings anywhere so I kept cruising until I got to Farmers bridge at lock 13.  I was going no further no way could I tackle another 13 locks after the day I had been through. So I moored up next to 4 “youths” with a ghetto blaster, take away dinner and lots of cans, OH well this would have to do.

I double checked I was moored tightly and looked for a pub on my phone.  I found the Gun Makers Arms which had its own brewery on site “The two towers” so almost perfect for me.

There were only two other customers in the pub one of whom worked in the local drug rehab centre, he told me I must be mad staying there and would be lucky to make it back to the boat without being stabbed fortunately he was wrong I did not see a soul.

Checked the boat was locked and slept like a baby, maybe the 4 pints of beer and the two large rums helped?

Much of today’s cruise has been through urban decay, not very pleasant but I am safe and well.