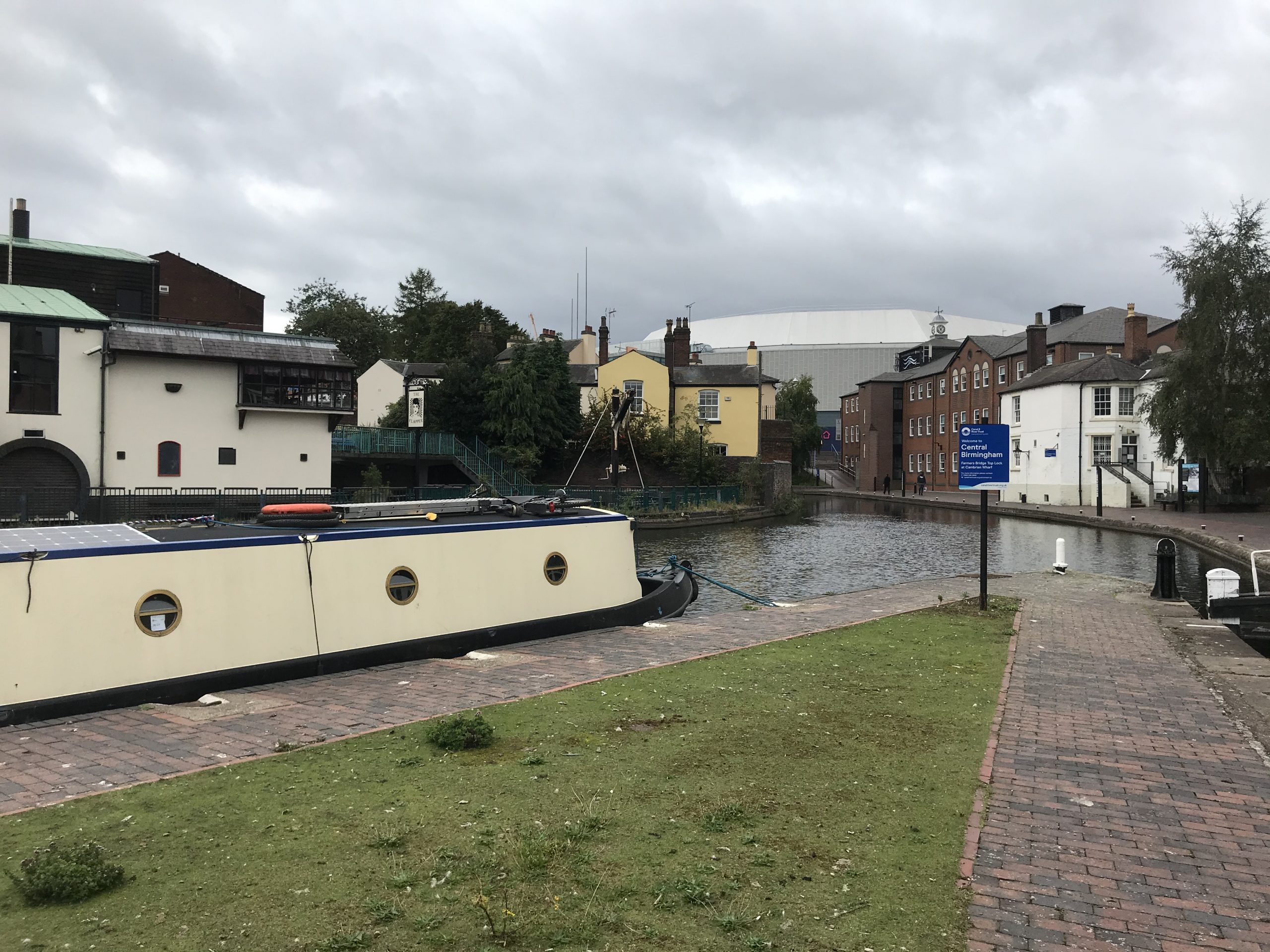 As I said I slept really well despite my location and warnings all was well.  I had decided to have a day off today as I was really tired last night so decided I would do a couple of jobs.  Looked up “Screwfix” and it was about a mile away so set off to collect some child locks for the drawers.  When I arrived, I decided to get a couple more double sockets with USB chargers and change them as well.

Got back to the boat and began to see a stream of boats coming down the locks in front of me.  One stopped to chat and suggested I move from my location as it was not a very nice area!  By now I had been told enough times so I untied the boat and started my way up the locks.

I had done the first two on my own when some people from the boat behind offered to go ahead of me to hasten my progress.. I’m not arguing.

At lock six a volunteer from the Canal and River trust appeared, waved the others away and escorted me through the remaining locks.  Sadly he had a bad knee so I had to get off the boat to open the left side paddle (he was fine doing the right side!) Mike was a great help opening the gates and closing them after I left.

I was at the top by about lunchtime with only one tricky moment when a 65 foot boat needed to come out of the lock before I could go in.. no ponds on the flight so it was forward and reverse trying to keep station until he had passed.

When I got to the top it was as if I had entered heaven. there was a nice mooring empty, hot showers and toilet facilities and waste disposal so I am really glad I decided to at least get that flight out of the way. The physical distance between the two locations is less than a mile how strange that just that short distance away is deemed unsafe yet here in the new developed section all is well

So here I am typing up my recent events after a pub lunch right in the city centre.