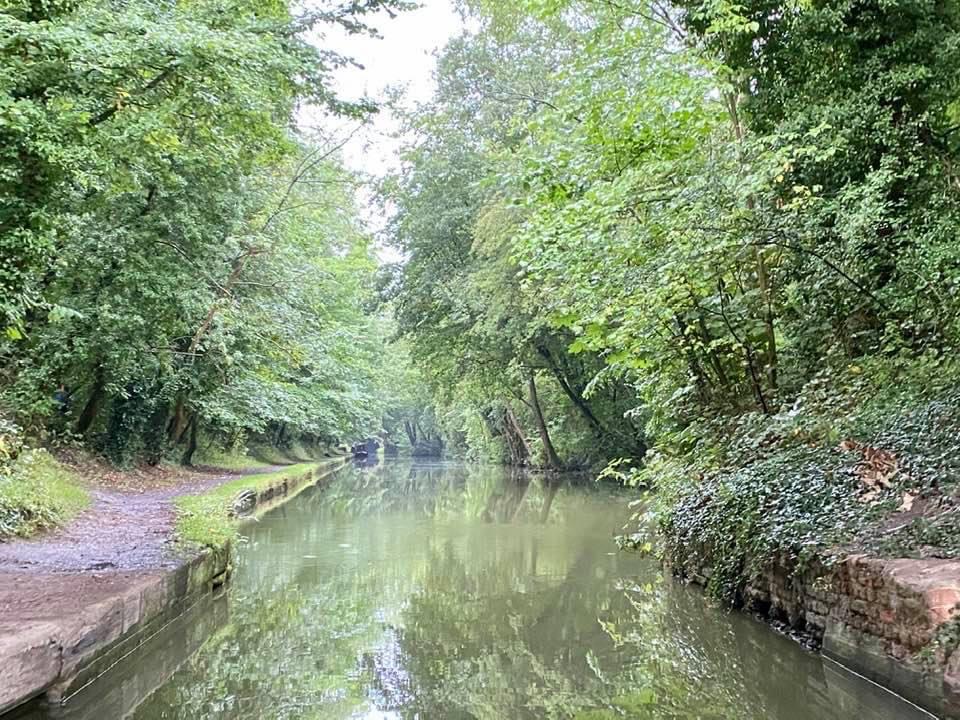 Slept quite well last night the rain hammering down on the roof is always soothing and in the metal boat there is little chance of getting wet.

As always Susan was up first and put the kettle on while I took the trash out arriving back at the boat just as the heavens opened again.

We were off at just after 7 which I think is a little early for most boaters but I wanted to get started through the Braunston tunnel and through some more locks.

Our early start paid off as we got through the tunnel without meeting any other boats and if we had been 15 mins later would have been delayed for about an hour as there was a widebeam waiting to go through, certainly no room for us and that monster in there together.

I think there were 5 locks this time but going down which for a novice is much easier.  There were a few people about who all seem to carry a windlass and are eager to help, I’m not complaining any help is good.  Susan decided to film me which caused quite a” Rumpus” as an eccentric passer by decided she needed to examine the footage to ensure she was not on it NUTTER.

At this point our luck changed and we were able to join another boat going down the lock together.  They were a family of four who had mum and the two daughters running around doing all the lockie things so turned out to be quite an easy start to the day.

Susan was leaving today so we had checked on where she could be picked up and taken back to Milton Keynes, Braunston Marina seemed favourite so we moored up outside and checked on the taxi situation.  There were no issues so taxi booked for 11 am at the marina. Within a few minutes of booking I had a message from Patsy saying she was about 10 minutes away and could meet us there so Susan was picked up just as Patsy arrived.  It was good to catch up with Patsy and Ken who I have not seen for about a year.  We popped to the chandlers where I bought some replacement parts for damages so far, wooden tiller handle, fenders and some diesel fuel treatment.  I came out about £60 down. If I had not met Patsy that money would still be in my bank.

WE had lunch on “Bumble” then I was on my way to clock a few miles while the weather was holding.

I was now on my own so tried to get a little organised so I had things to hand like coffee and biscuits as my able assistant had gone.

I had a couple of hours lock free cruising which was very pleasant but all too soon that was over and I was faced with a set of locks at Calcutt the type of which I had never seen before.  Fortunately, you don’t have to be a rocket scientist to work out how it all works, 3 locks down so nice and easy.

After I had sorted that I just pottered on for about 30 mins until I found somewhere isolated to stay so here I am in the middle of nowhere, Hoovered and washed the floor, eaten, showered and having a beer as I type.  The shower was absolutely brilliant first time I have used it.