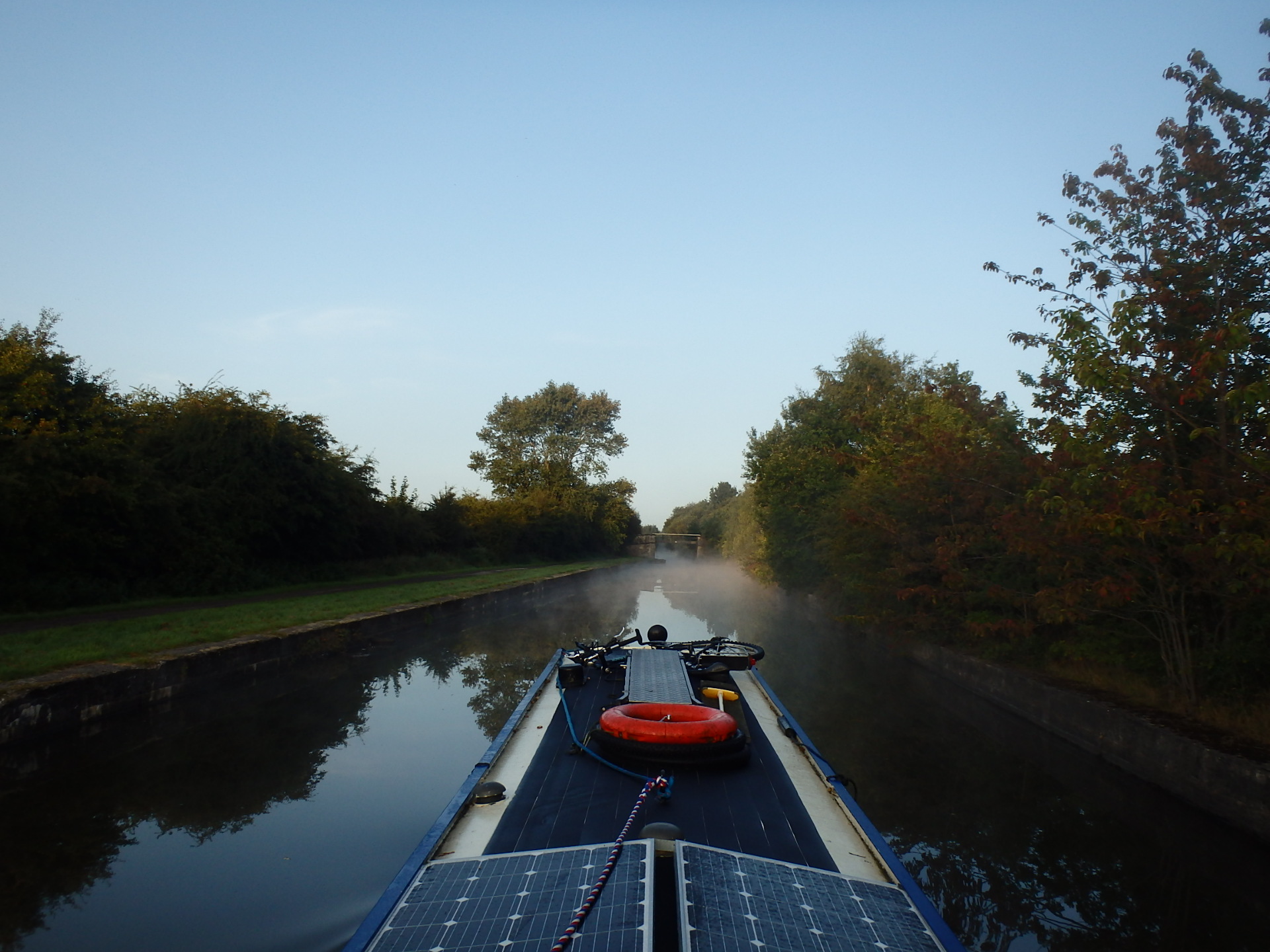 I slept quite well again last night although Brian reported that there had been a lot of agro from Dave’s boat with some choice homophobic language and threats to call the police if you touch my ar** again.  Being a tad deaf I did not hear a thing.

As always we were the first up and away by 7, I don’t think most boats move before 9 am.

Today all being well will be our last day cruising we should make the marina by about 5 but we have a few challenges along the way which I have not seen on the trip so far.  We have a lift bridge, 7 swing bridges and 6 locks (I have seen plenty of them)

Within 15 mins of untying we are at the lift bridge and we are lucky to have left so early as there is a restriction on opening the bridge at busy periods, we are there with 30 mins to spare.  I have never seen one of these before so we get the boat moored and I get off to take a look.  Number 1 I need the CRT key.  This is a very useful key as it opens all the toilet, shower waste and bridges (I now know) on the entire canal system. I jog back to the boat to get the key and back to the bridge.

Very clear printed instruction, insert key, press open button until bridge has lifted, get boat through, press close then remove key.  Taking a quick look there is no traffic so I start the process, red lights flash warning the cars to stop and the bridge opens.  Brian then drives boat through and I close it very slick and simple but there is already quite a traffic queue.  It is lucky for them I have Brian or it would have taken a lot longer as I would have had to get back on and off the boat a couple of times.  So with minimal delay all is back to normal.

The next couple of locks have a mechanism that I have not seen before a large drum of chain to wind in to open the gates.  Nice and easy so we are on our way

The next issues are the locks at Wigan, to save water there may be restrictions on traffic, there aren’t so we are allowed to go through on our own.  Here there is yet another Lock mechanism which I think the CRT man said was unique on the system.  There are no long arms on the lock gate to allow them to be opened instead there is a winding handle and ratchet along a semi-circular arc.  This was the easiest lock on the entire trip despite it being a double deep lock.  The story is there was no room for the traditional arm so this was developed.

Next up a couple more locks, two of them have a double lock going in each direction so 4 boats could have passed but at each of these one side is now derelict.

Now for the swing bridges, my instructions say some of these are usually open so fingers crossed we are in for an easy passage.

The swing bridges are like the lift bridges insert key etc but these have a barrier system like a level crossing, flashing lights noise and gates shut before bridge opens.  They are absolutely perfect and again having Brian on the boat he can just sail through when its open continue cruising and I can jog along to catch him up so minimal delay for all concerned.

That is the end of the excitement for the day, the last hour is painfully slow past moored boats with Susan checking on us as she is at the marina waiting to direct us to our mooring.

We eventually arrive just before 5 with Susan stood on the quayside with cold beer waving us into our berth.

Just time for a beer or two, shower then out for a curry with Brian. We are staying on the boat one last night before we travel home tomorrow.