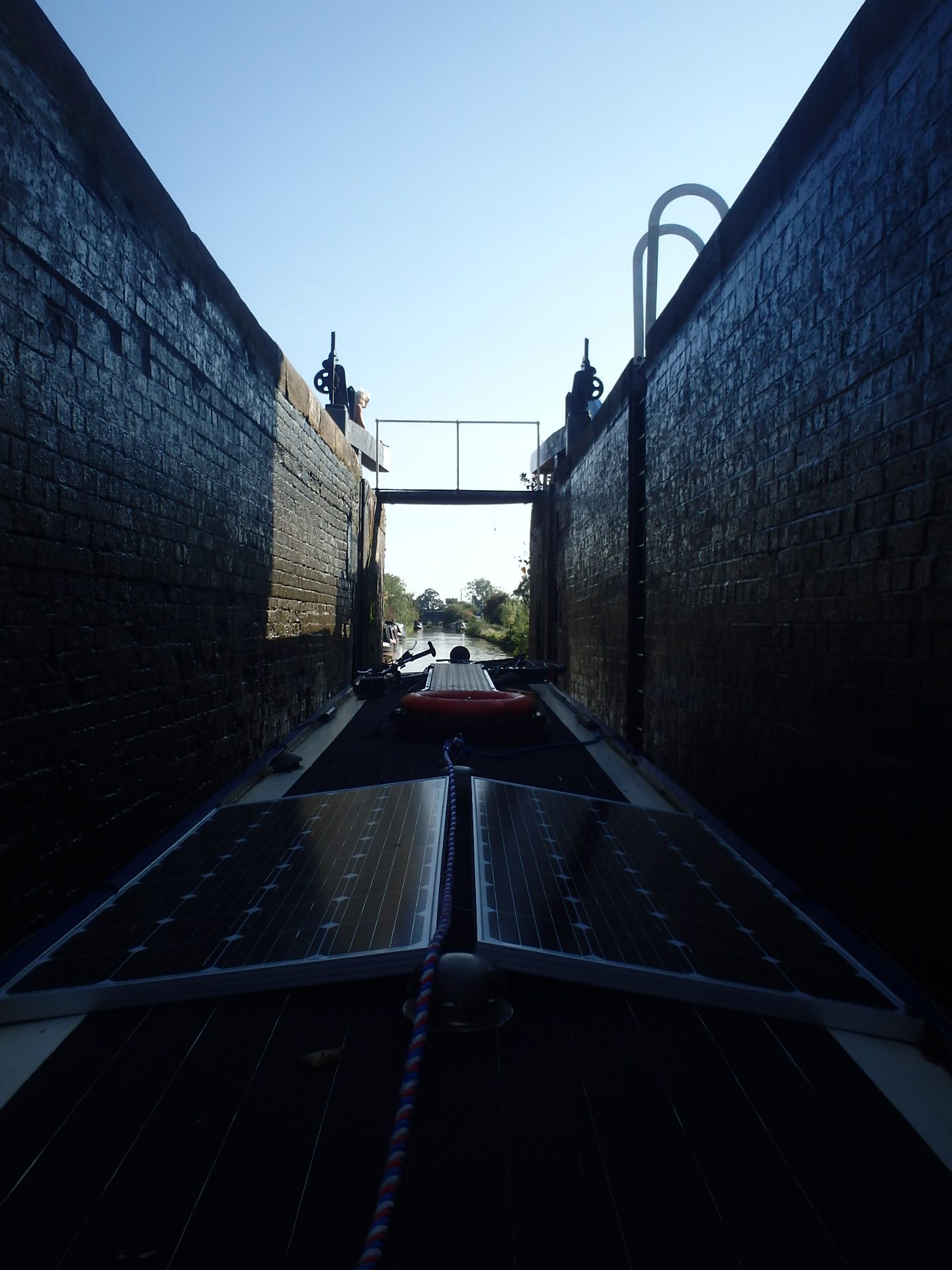 I slept Ok and was up and about by 6 am.  Decided for the good of society I would have a shower and that gave me an opportunity to test the water heater, did the water stay hot overnight? Well it did the shower was very good so clean clothes and I’m ready to face the day.

Breakfast for me is curried rice, Brian had porridge.

Difficult start to the day as we have “The Big Lock” within half a mile of our start.. that gate seemed very very heavy but we got through without mishap.  Brian chatting away to a guy while waiting for me to close the gate who is going on and on about social distancing, lockdown areas etc Good job Brian did not tell him he was from Bury…

Only one more lock before the Anderton boat lift which I wanted to stop at so we just kept going taking it in turns to steer until we got there, IT WAS SHUT.

We had already moored so decided to have a fry up alfresco using the nice benches provided by CRT.  Lunch is sausage bacon and egg sandwiches, very enjoyable.

Next on the trip we have two tunnels as we approach the Barnton Tunnel a guy tells us that it is shut, WTF.

Two boats have collided in the centre and the crews rescued by the fire brigade but boats still in there.  It is clearly marked as one boat at a time so one of the skippers is a F***king idiot.

Its been closed since yesterday afternoon but within an hour of us arriving two boats emerge from the gloom and the traffic can start to flow.  We are the 4 th boat and moored the other side of the bridge so start to follow the other boats but told to moor, why we could not tag on the end I do not know.  So moor we do for about 30 mins until 3 boats come through from the other direction.  CRT then beckon us on telling us all is clear well it plainly is not because as I start my turn Brian shouts to tell me there are 3 more boats coming.  Now I’m really in the S**t stuck in the middle of the pond aligned with the tunnel and 3 boats trying to get out what a mess.  After much cursing we can proceed the people marshalling this are idiots!

So delayed significantly and arrive at next bridge which has got a traffic flow system, we are only allowed into the tunnel from our end from on the hour until 20 mins past, it is now 15:24… again much cursing if they had not messed us about we would have been through as it is we sit for 45 mins doing nothing… not sure I have the patience for this my afternoon plan disrupted.

It could have been a lot worse some of the boats have been waiting to go through for over a day!