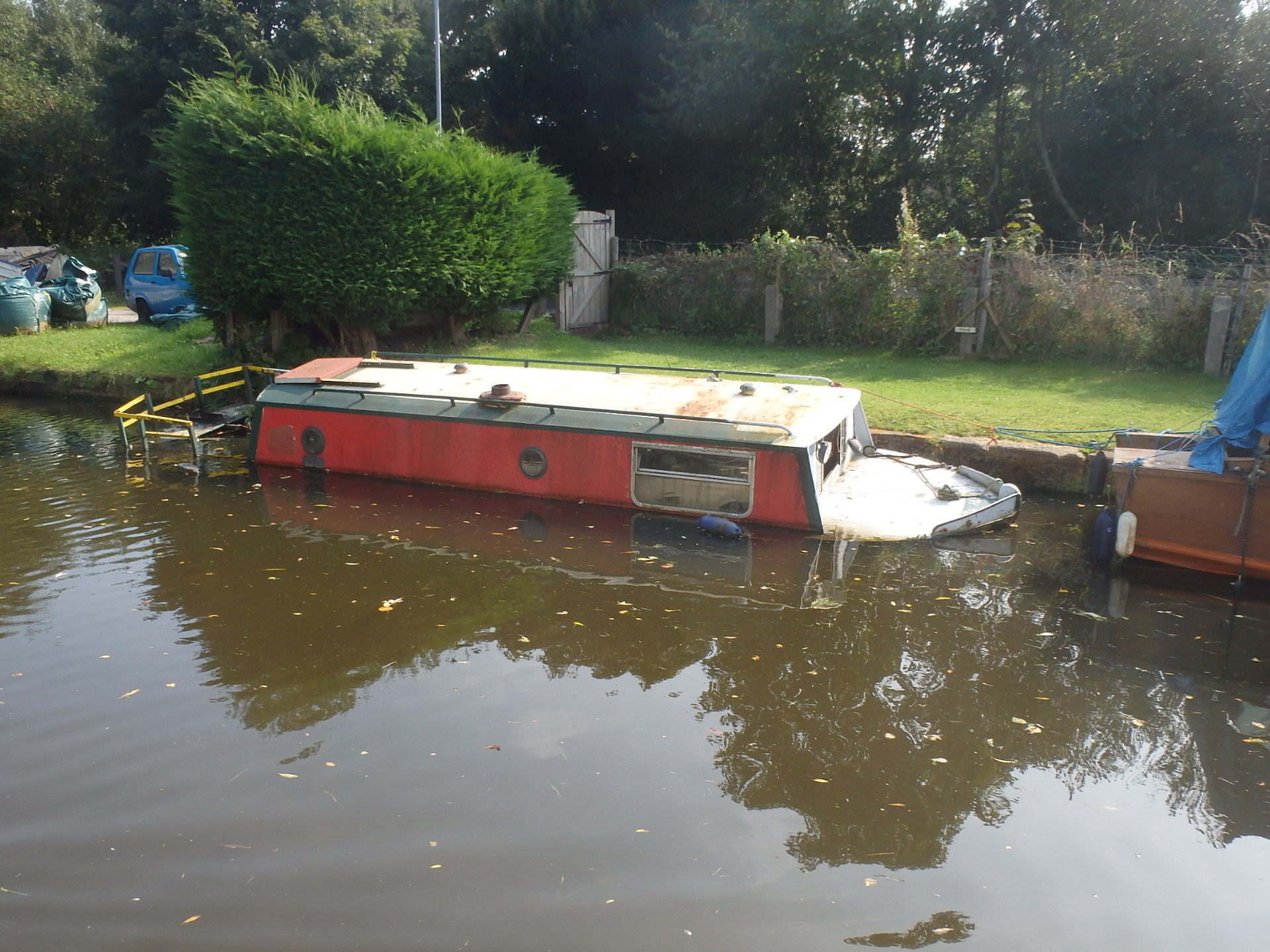 Its over: Susan I lied.. these things can be sunk

So the trip was a very new experience for me, I have been on a narrow boat before but never for more than an overnight stop out and back and NEVER single handed.

Susan and I started off from Milton Keynes on 1 September and the canal planner app suggested it would take 21 days. The total distance was expected to be 218 miles with 167 locks of which 87 are single and 80 double, 9 moveable bridges, 73 Aqueducts and 5 miles of tunnels. In fact it was a little longer as I took the detour to Old Trafford and an extra half day on the Staffordshire canal, I should not have been on that at all

Day one ended with a broken tiller wooden handle at our very first lock, not a good start. Almost everyday early in the trip some minor mishap spoilt the day and as Susan left on day 3 I was on a steep leaning curve.

Steering a narrow boat is easy as long as you want to go forward, turning it around and avoiding unexpected encounters is totally different.

Meeting another boat coming out of an aqueduct on a blind bend just as you prepare to go on causes minor panic. The only solution is get out of the way by whatever means usually slamming the boat into reverse is the only option if the problem is not seen early enough. Likewise it is distressing when all set up to enter a tunnel and Brian shouts out there are boats already in heading our way (despite CRT staff waving us on)

I was stuck in the mud on more than one occasion sometimes entirely of my own doing but more often with the boat being grounded avoiding other boats. One cheery gentleman waved at me apologising that he had almost hit me because he had something round his prop, he then motored off leaving me stuck with a lot of forward and backward movements to eventually force the boat out.

I found it sometimes disturbing to see groups of youths loitering round the point where I needed to get off to tie up the boat to prepare a lock in fact they were always pleasant and would be interested in where I had come from and where I was going. They would mostly then help me through the locks and caused me no harm.

The only time where I was truly worried was while getting close to Birmingham there was a man in a dark hoodie and tracksuit bottoms pruning the hedges by a lock with a pair of scissors and I think a knife. I got my binoculars out and watched and waited for what seemed an age for him to move on then moored on the opposite side of the lock. I was accompanied by my windlass when I got off the boat! I was later told that 8 people had been stabbed in Birmingham that day, I should have called the police.

The canal system is fascinating, much of it traffic free and on many days I would see very few boats moving at all. The Bridgewater canal was particularly quiet. It is probably not like this without C19 or in August when many people are on holiday.

Almost everyone who I spoke to was laid back and seemed happy, no rushing or confrontation except for the one incident where some old fart seemed keen on braking the water speed record to get into and out of my lock.. I just let him go rather than continue sharing with him.

The lock keepers where available were courteous and generous with their time. Sadly because I was away early most days I rarely got the benefit of their help plus I always seemed to be there on the wrong day “if you were here Tuesday or Thursday there is a great team on” it was always Monday, Wednesday or Friday LOL

Having my brother join me for the last week made the days much more enjoyable, I had someone to take care of the boat while I did the locks and bridges and more importantly someone to talk to and have a beer with at the end of the day

Susan called daily, had stocked the boat and arranged the mooring up north so arrival was trouble free.

In summary although I did a lot of the trip on my own I never felt alone, people called, texted facebook etc

Would I do it again yes certainly but a little slower and more planning re overnight stops and places to visit on route, I missed so much.