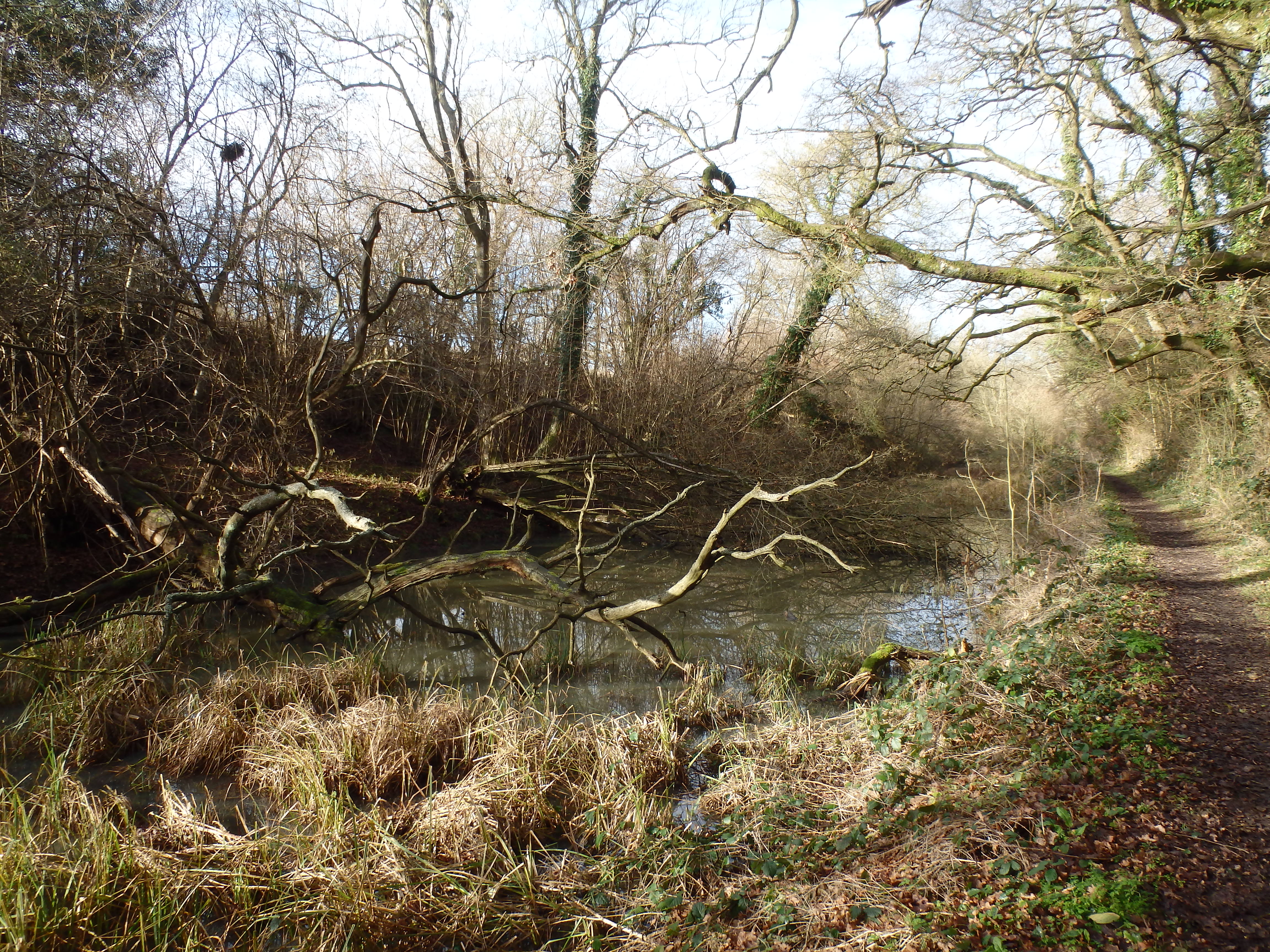 We woke early to a very severe frost which promised some interesting photo opportunities unfortunately by the time we had sorted ourselves out and arrived at our first point of exploration the sun was up and it was a beautiful morning.  All the frost was long gone…

We set the Garmin to go to the theoretical start of the route which was a bridge at Up Nately http://en.wikipedia.org/wiki/Up_Nately so we could explore what the canal was actually like, the map and Google earth seemed to vary quite a bit so as we had done at the Kendal end taking a look seemed like the only way to get a definitive answer.

On our arrival it was obvious that this was not the end of the canal, the clue was as it passed under the bridge towards Basingstoke! We decided that to be thorough we had to get to the start so off we went down a very muddy rarely travelled tow path, there was not a sign of a bicycle tyre track anywhere. After a relatively short walk of about half a mile we were at a dead end at a road.  Leaving the canal here and crossing the road showed that was the end so we were now at the true start of the Basingstoke canal. There has not been a boat down here for many years. The reason for this became apparent later on our walk. A few snaps for the blog and we were heading back towards the car to continue to what looked like the start proper. 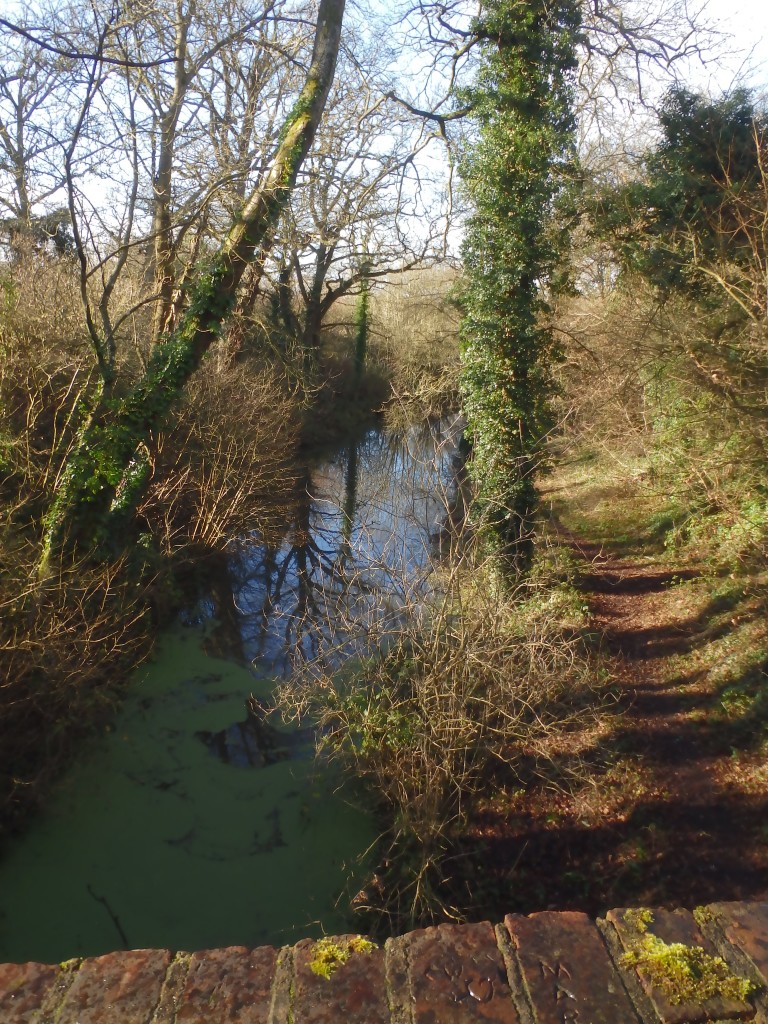 The view towards Basingstoke from the bridge at Up Nately

Passing under the bridge where we had parked the car we continued along the muddy track admiring the tranquillity and beauty of this quiet backwater which has become a mini nature reserve with bat boxes, badger sets and even this early in the year there were snowdrops blooming in the woodland. 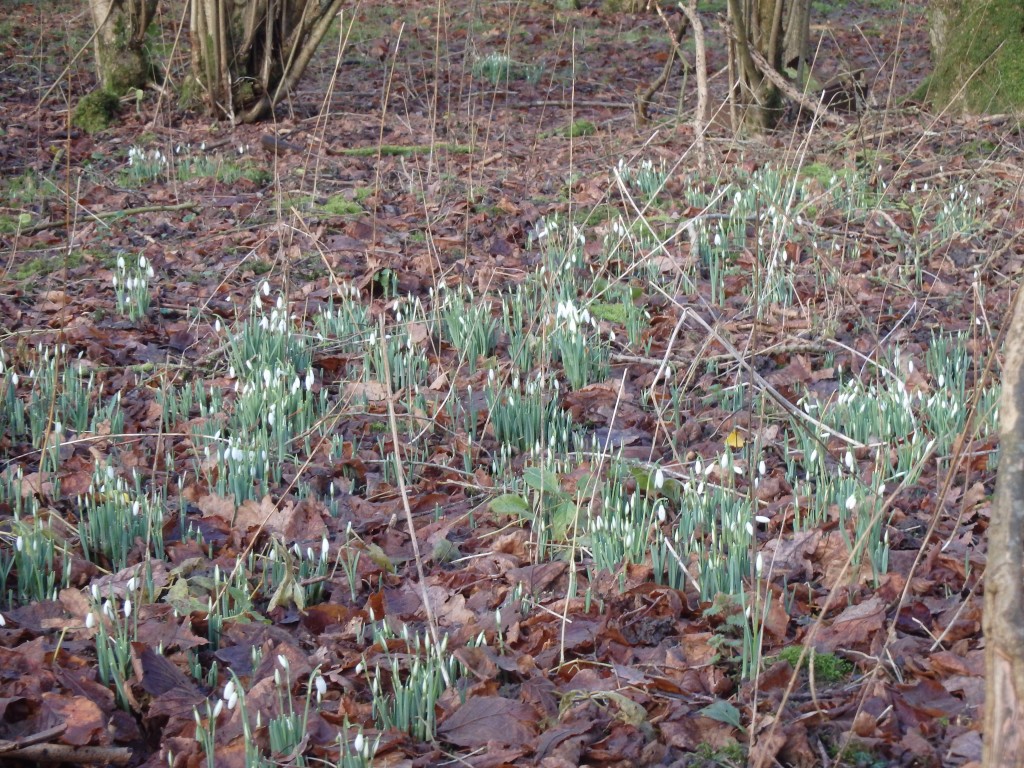 Snowdrops in the woodland 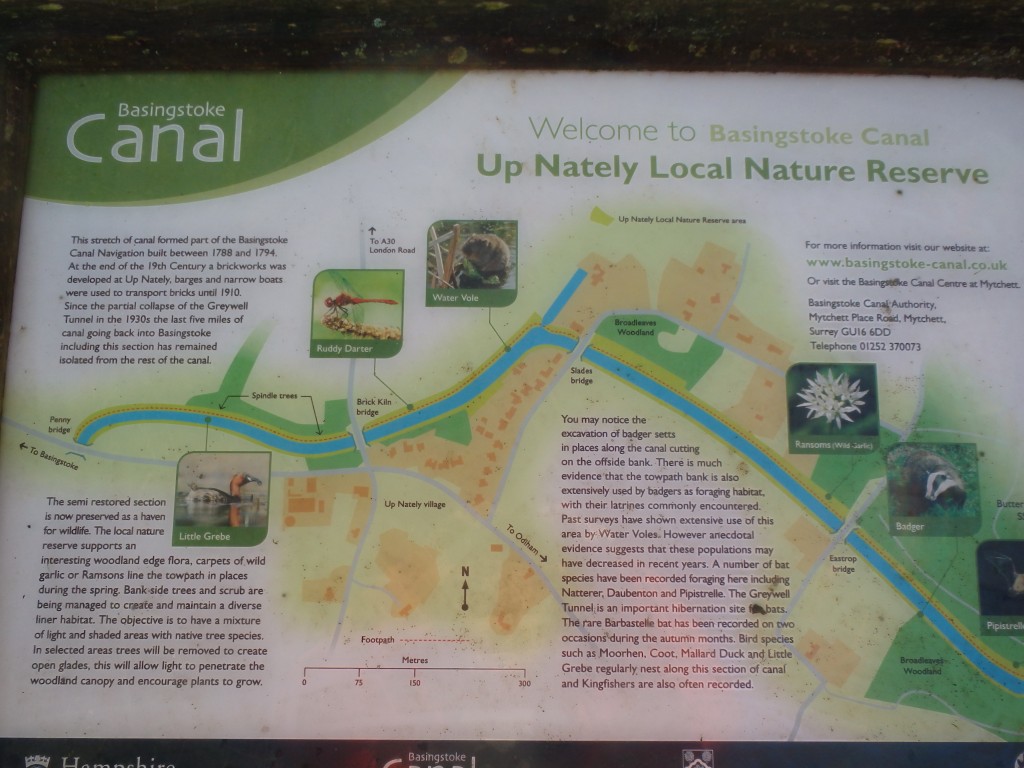 A pleasant walk brought us to Greywell tunnel which collapsed in the 1932 and was never repaired.   http://en.wikipedia.org/wiki/Greywell_Tunnel 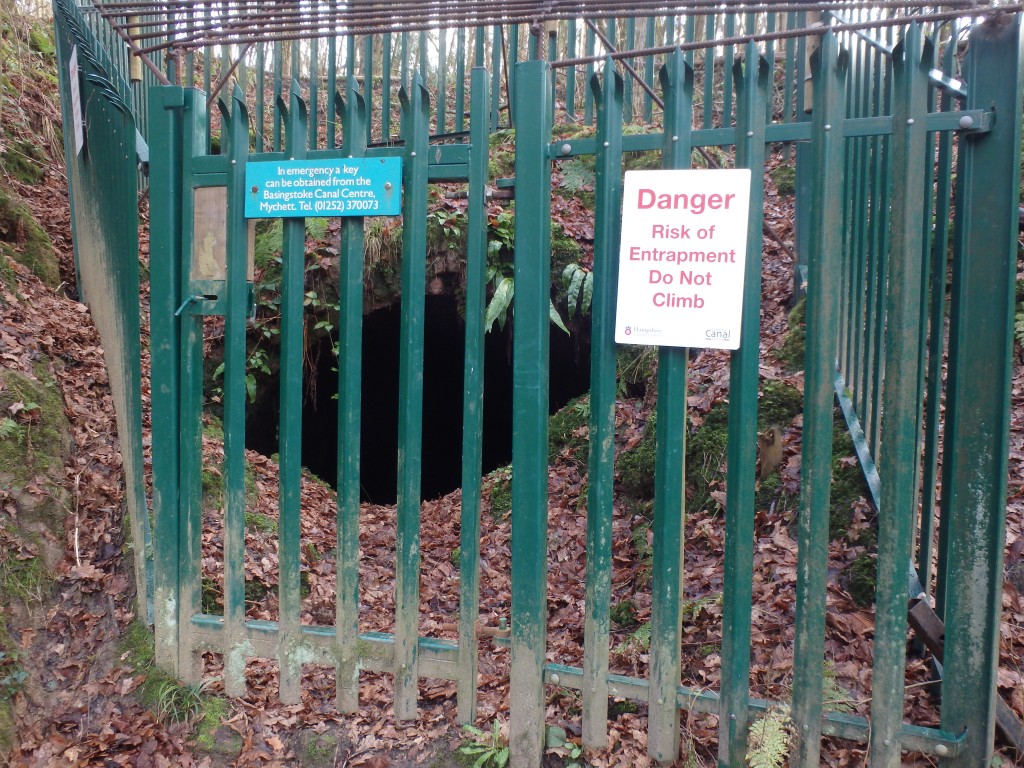 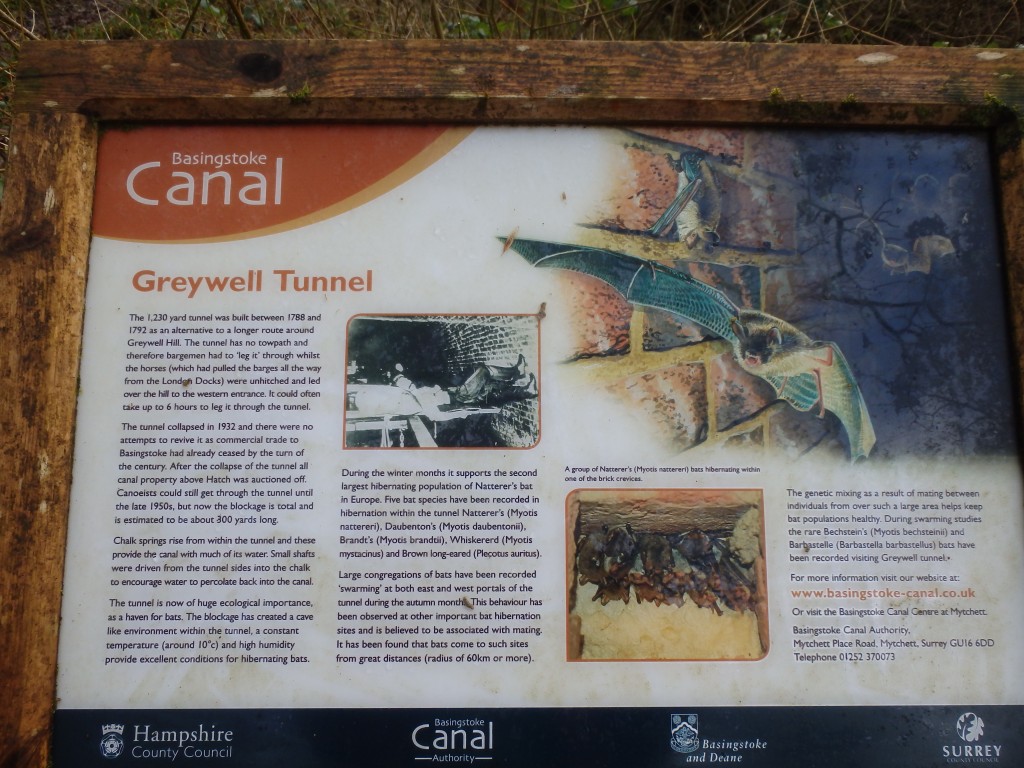 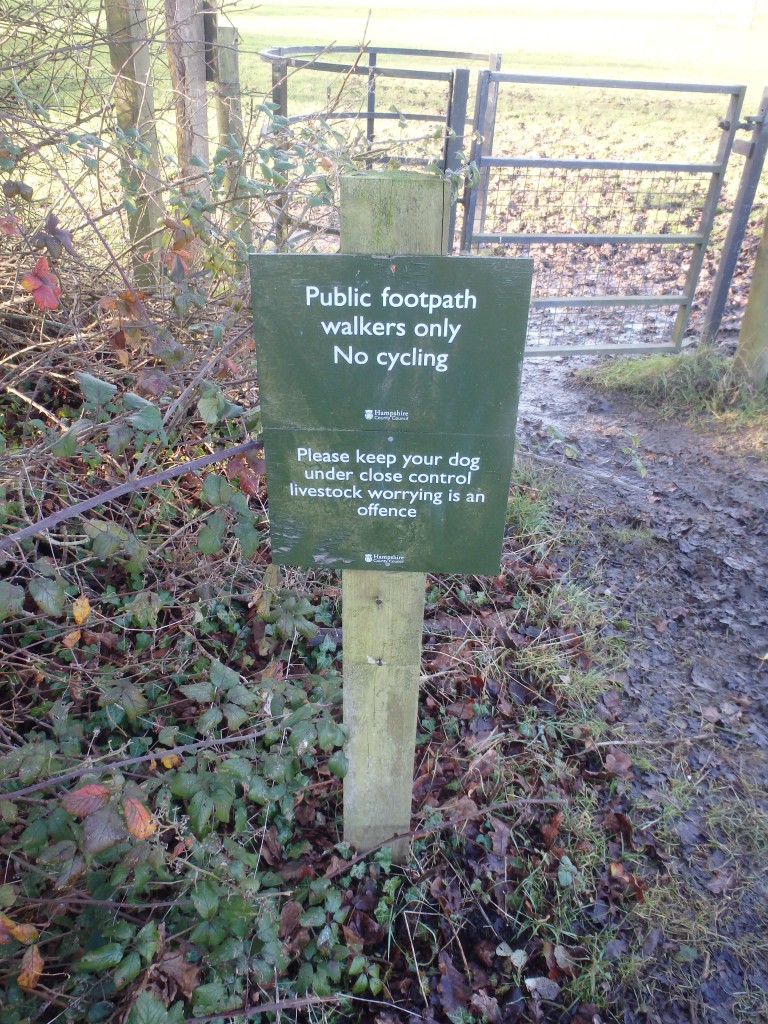 Not very welcoming for a cycle trip

From here it was a hike over the top through a private estate with a “No cycling” sign indicating that we would probably not be too welcome riding through this field!

A decent into Greywell and a bit more searching and I was at the other end of the tunnel where the water was so clean I would not have been surprised to see a raising trout or two. It did state somewhere on the route that the Canal had been fed by chalk streams. A bonus of my following the path to the end was I discovered the “Fox and Goose” so a quick walk back to the car and it was to the pub for lunch. 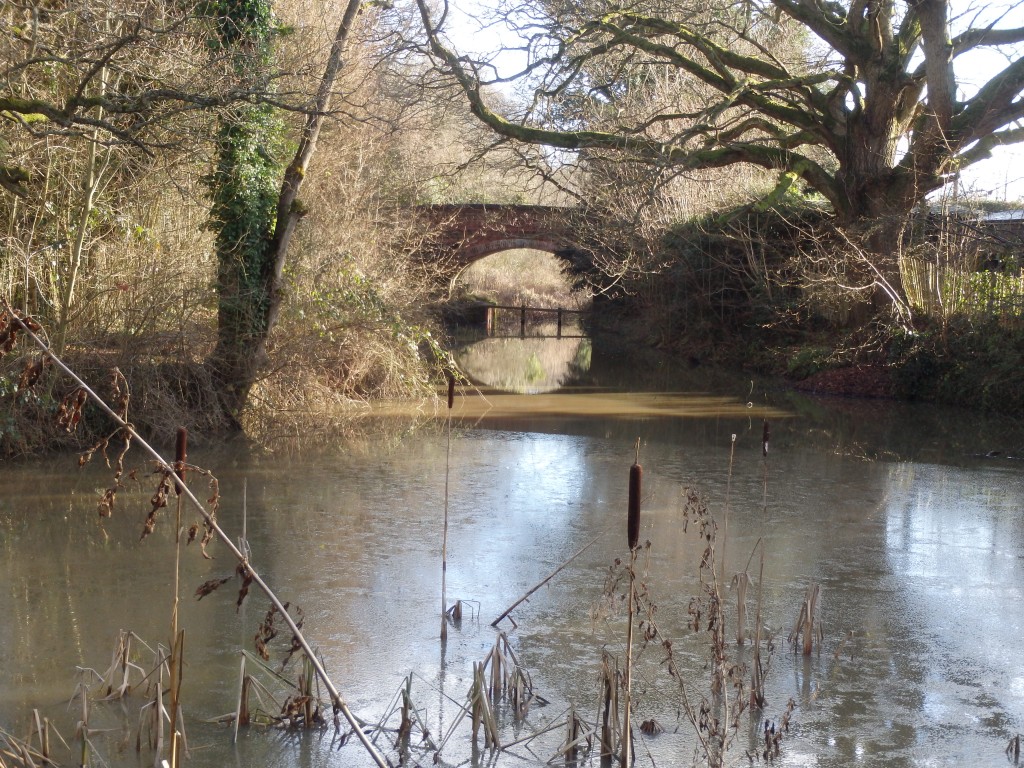 Branch in the canal, the left channel used to go to the brickworks.  The main canal is under the bridge 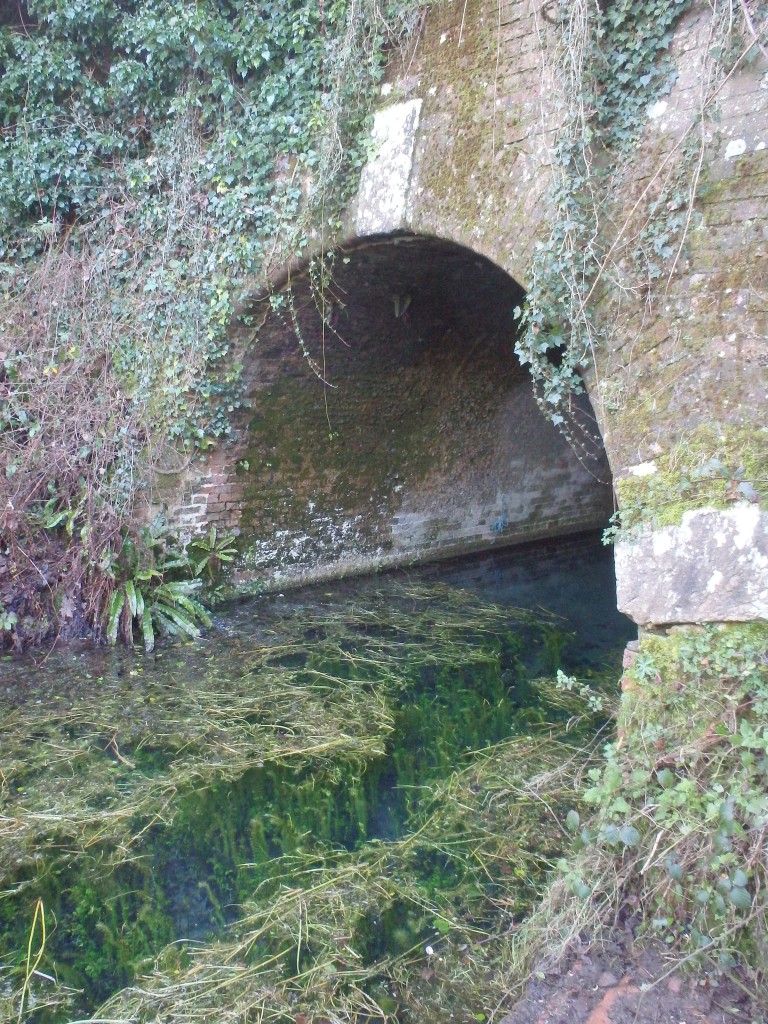 Gin clear water at the Greywell end of the tunnel