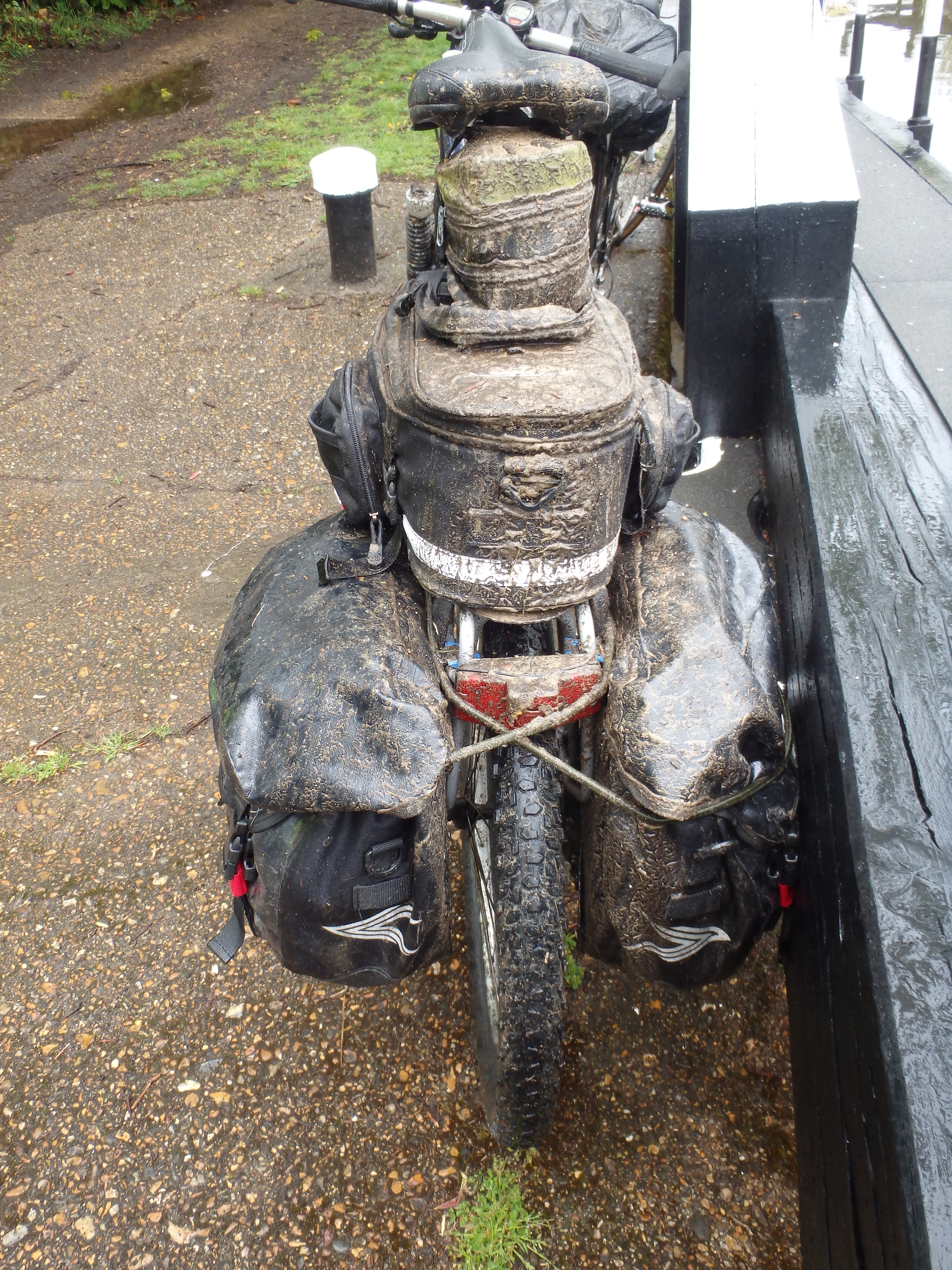 We were in bed very early as we had confirmed on a previous trip 50 miles a day on a mountain bike is enough and we had done 49.6 that is close enough to 50 for me.

We watched an episode of breaking bad then it was lights out. I did not even make “Match of the day”

I was awake at 5:30 and the usual question of did you sleep OK was a resounding NO.. There had been a disco or something similar on Saturday night which had a lot of very drunk people almost fighting outside our room so Susan tells me… I didn’t hear a thing.

A quick look out the window and it didn’t look good but the weather forecast had predicted this and also that it would blow through so a hour getting ready having tea and a sandwich would only be good for the weather conditions. We packed and were ready to leave at 7:30 but decided to let the weather blow through for a little longer… No chance of that we were going to get wet. In all the planning discussions the weather had come up a few times and we had always said we would just have to put up with whatever we got as we had to get to our overnight stop.

Actually by the time we left it was just damp and drizzly so our plan to wait had worked. 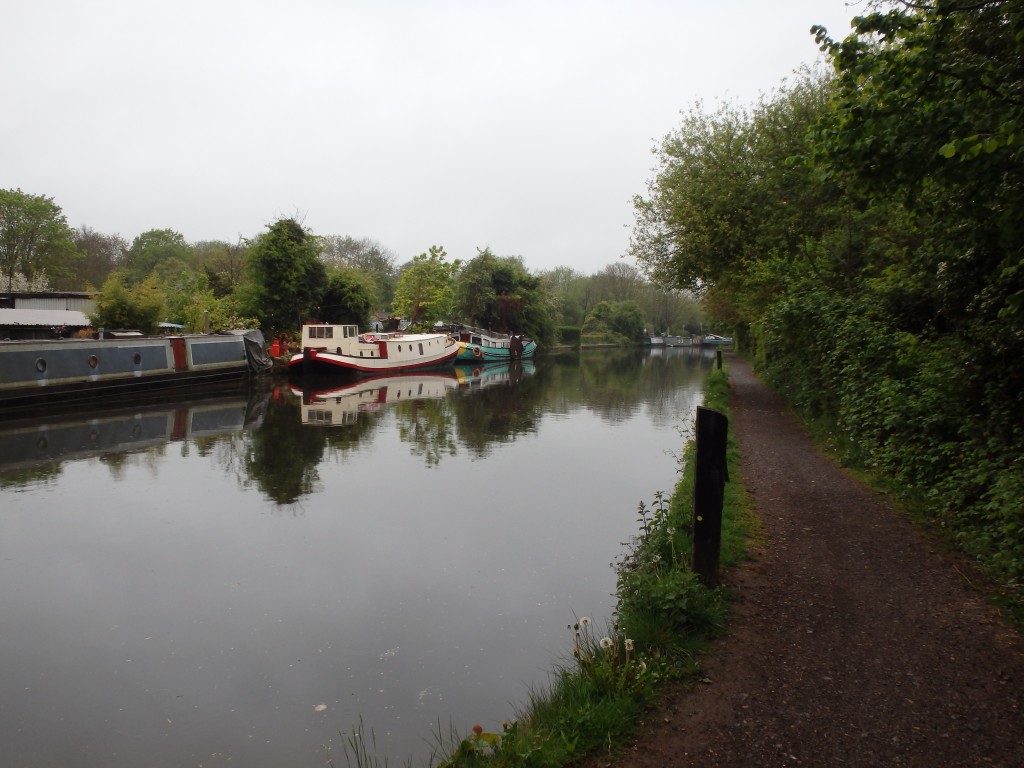 The start.. just a little damp and miserable

As it was bank holiday weekend yet again we were the only two idiots out and about. Not far down the path it started to rain properly but as I have already said we had to just get on with it.

The path was not too bad so I was surprised to feel the back tyre squishing all over the place yes I had another puncture.. the first one this trip but we have had quite a few while training for this!

Susan was rapidly disappearing into the distance when I finally stopped to fix it.. The good news at this point was the rain had become torrential rain. BOLLOCKS 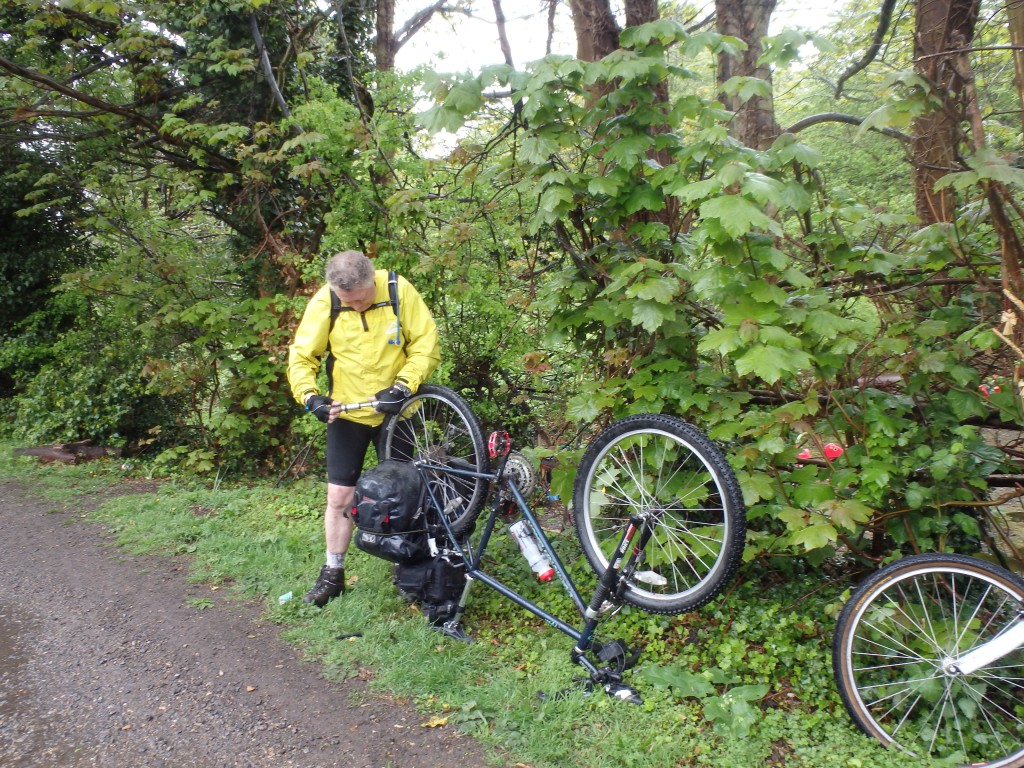 Struggling to get it sorted with all the mud and grit everywhere Susan finally realised I had gone and returned to lend a hand and I needed one the bike kept falling over and the new inner tube would not inflate. We eventually got it sorted and were on our way.

That was the highlight (low light) of the leg. The paths were OK for the most part but a lot of water in the uneven stretches so we were continually getting soaked.

Some picturesque settings and a lot of bridges some we went under but it seemed that  most of them we had to go over. 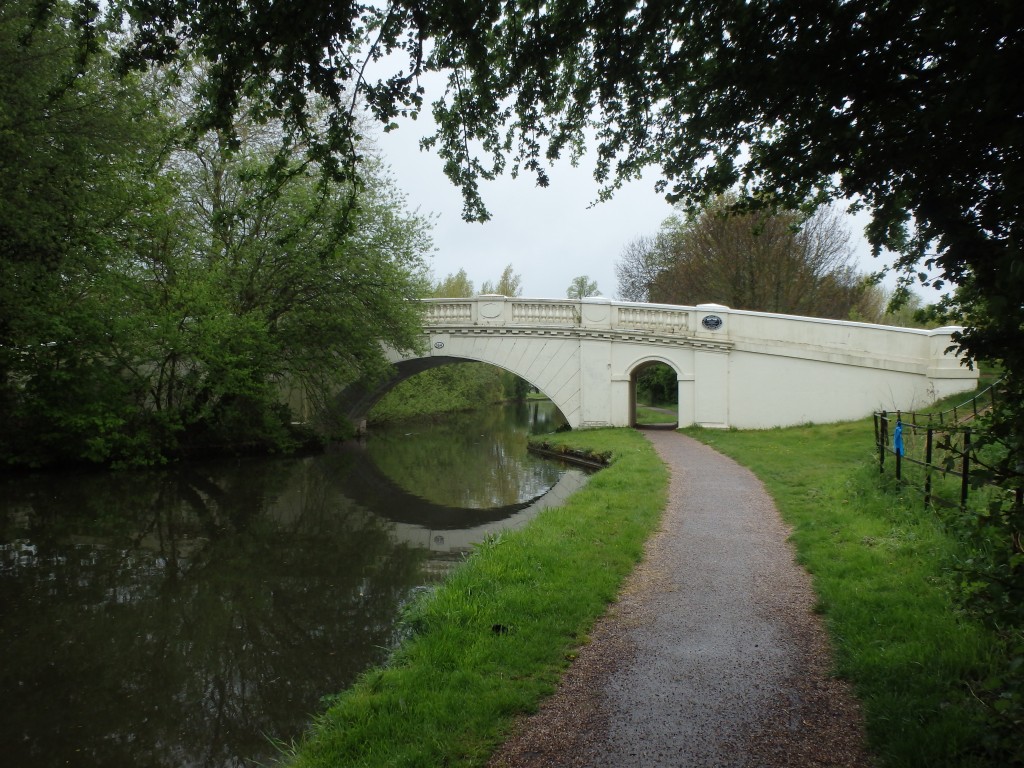 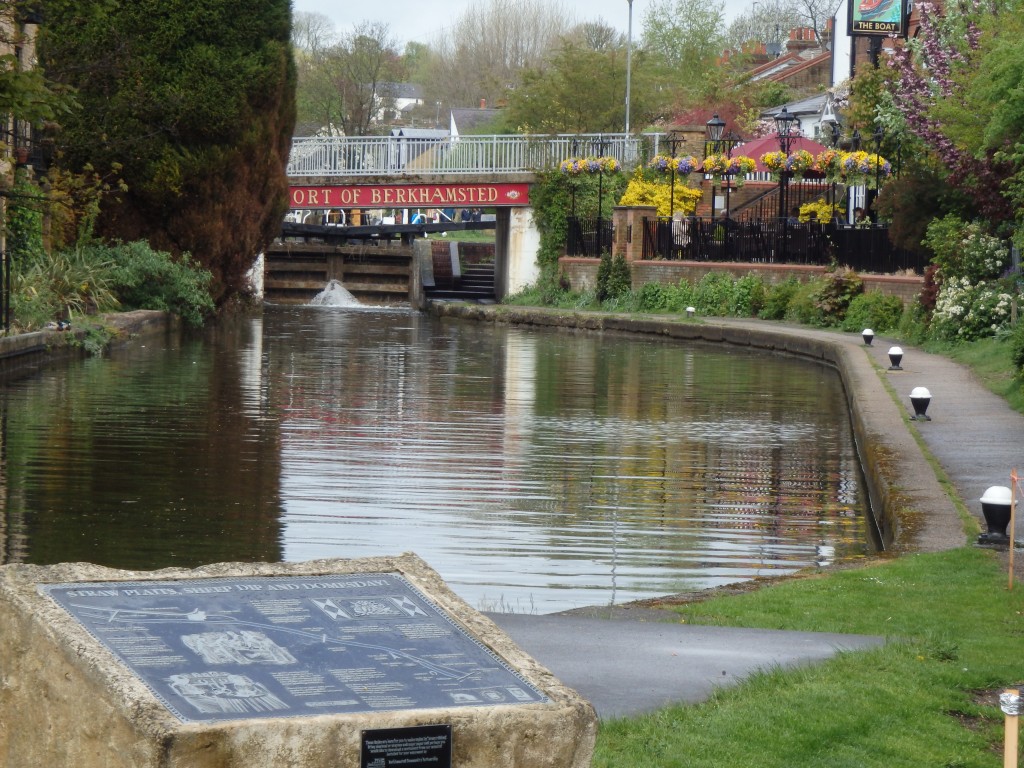 Berkhamsted… a set of crappy stairs at the lock 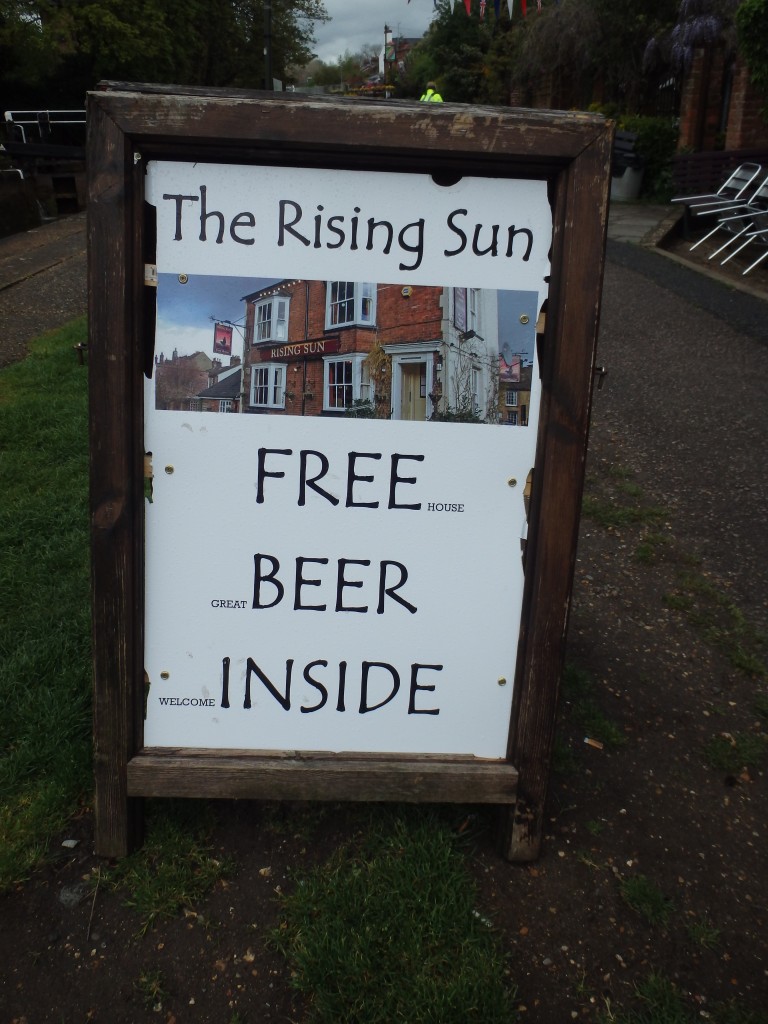 We arrived at the Anglers after a short detour when I thought we were lost but we weren’t!

Filthy, cold, wet and hungry we locked our bikes outside the pub and met the landlady Pauline who showed us to our room. We had the good manners to remove our very muddy boots before entering her home.

We seemed to have everything here, so we hosed our bikes down, put our dirty washing in the kitchen and went to the bar to have a beer and something to eat while we waited for Paul and Jayne to arrive which they did at about 7 pm. Another couple of beers and it was  time for re packing and bed. 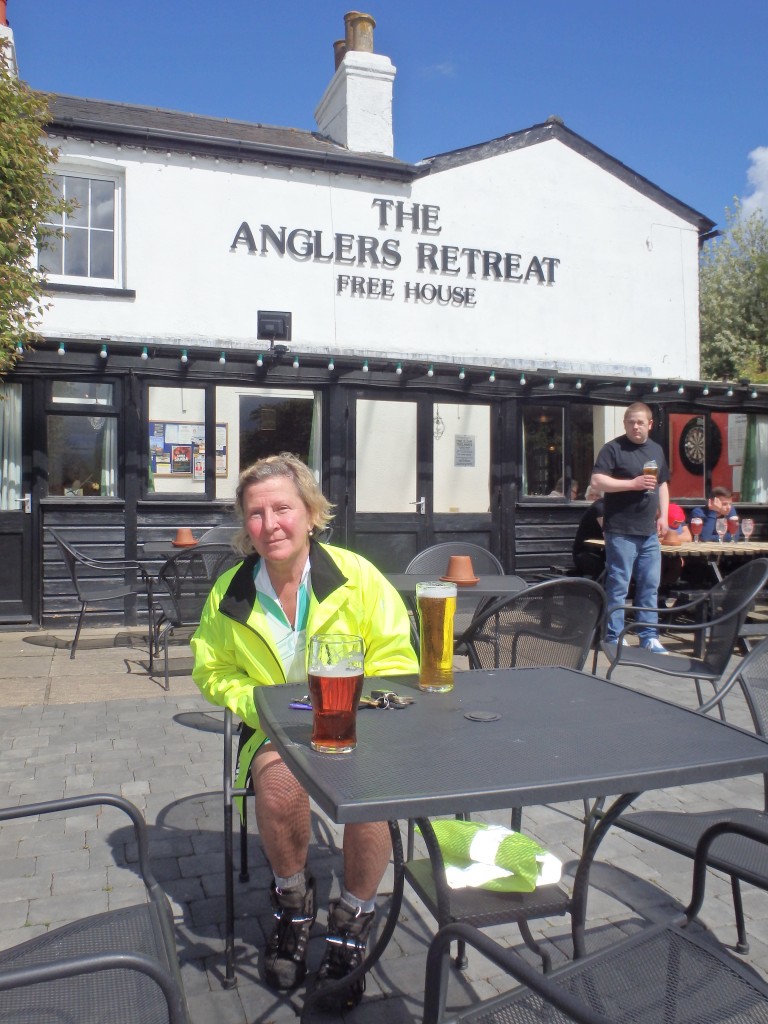 Susan enjoying a larger top at the end of the day

We are planning to leave at 7 am tomorrow so good night!