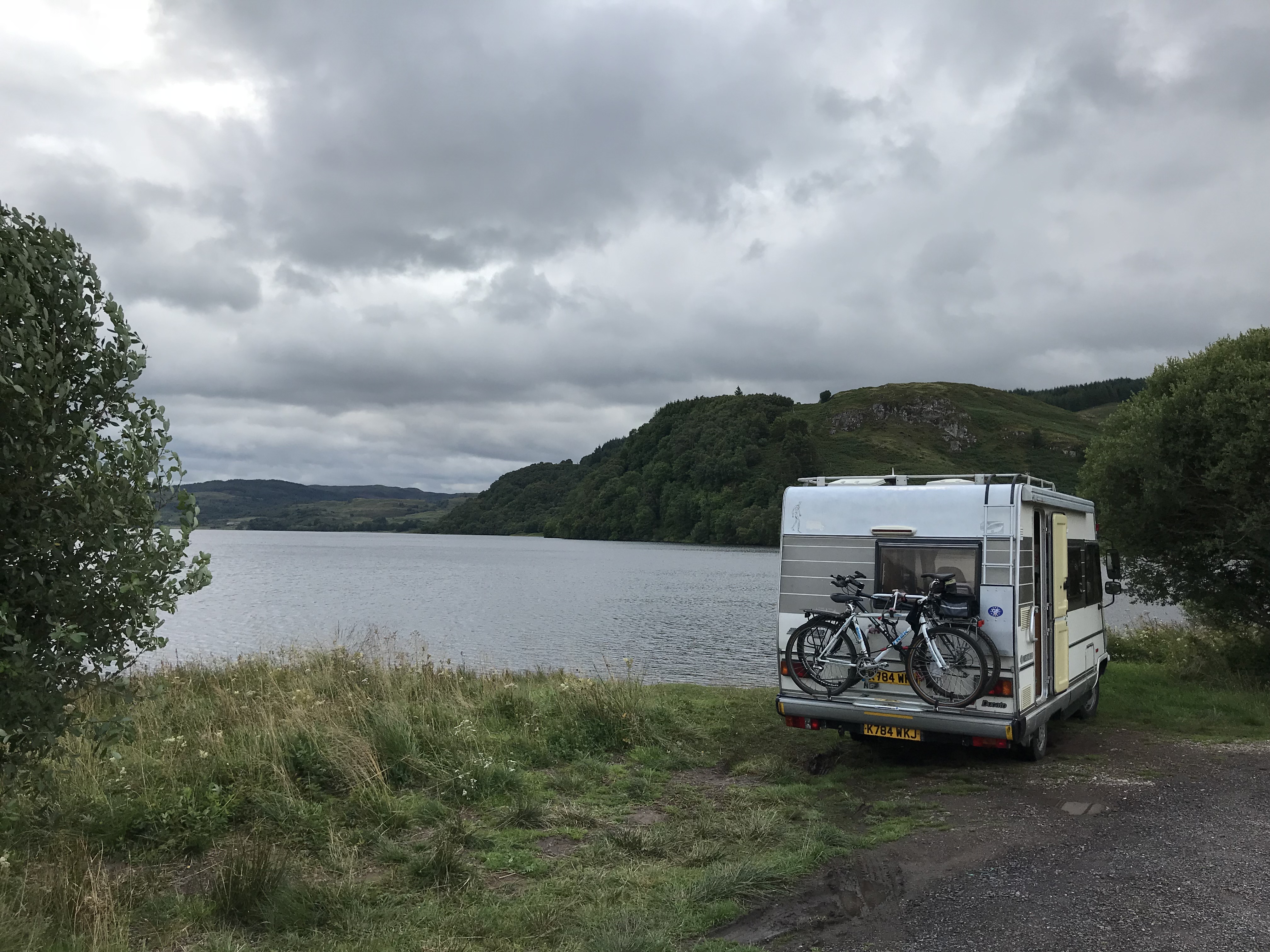 Monday 30 July: Into Oban to shop

First thing Monday we moved to the location Jim had recommended the day before. It turned out to be a very lovely spot right on the Loch side it was however very small and we almost managed to get the van stuck in the mud but some gentle rocking and we were on firm ground, I just hope it does not rain a lot overnight or we will never get out!

We needed a couple of things from the shops so I readied the bikes for the short ride into Oban.  First time either of us had been on a solo for a while so we literally wobbled down the road.  I was probably only about 5 miles into town but it was quite steep but we made it without too much trouble but Susan was already protesting about the ride back.. yes even steeper! 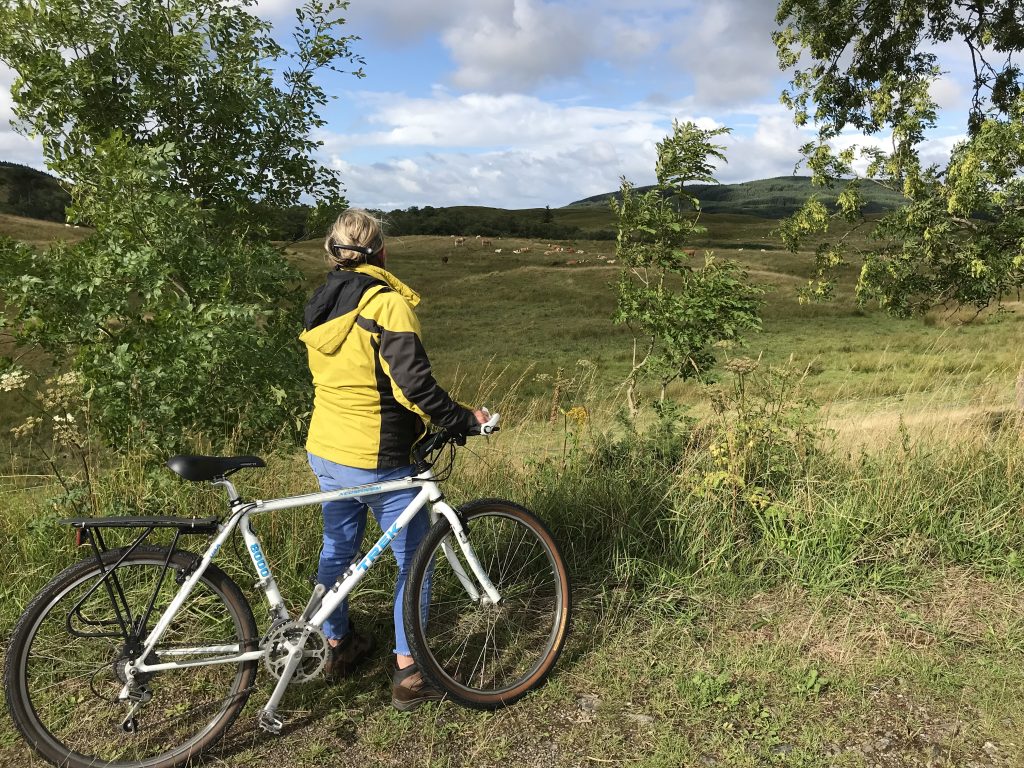 Off to the shops Oban

Locked the bikes up at Tesco and wandered round town picked up our tickets for the ferry to Mull and would you believe it right there at the dock was a Wetherspoons, it had to be done so in we went.  I said to Susan we must be real alcoholics as even though it was busy no one was drinking.  On ordering I discovered why.. “NO ALCOHOL SOLD BEFORE 11 AM” so we patiently waited for 11 minutes and then I was almost killed in the stampede.  From being the only person wanting a drink I was now 6 or 7 in line! 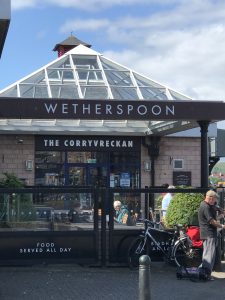 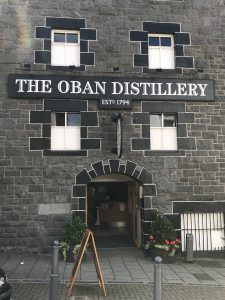 One beer down we called into the fishing shop to get a license for the Loch we were parked by and collected a few sea fishing spinning lures.

The grueling cycle back which included Susan having a slight accident after colliding with a road works sign was rewarded by the sun shining and the parking spot perfect.  I got the table and chairs out set up my fly rod and while Susan prepared dinner did a little fishing.  At this point Susan spotted a paddle of ducks (14 in total) one small piece of bread in the lake and they were heading over to us like the Spanish Armada. 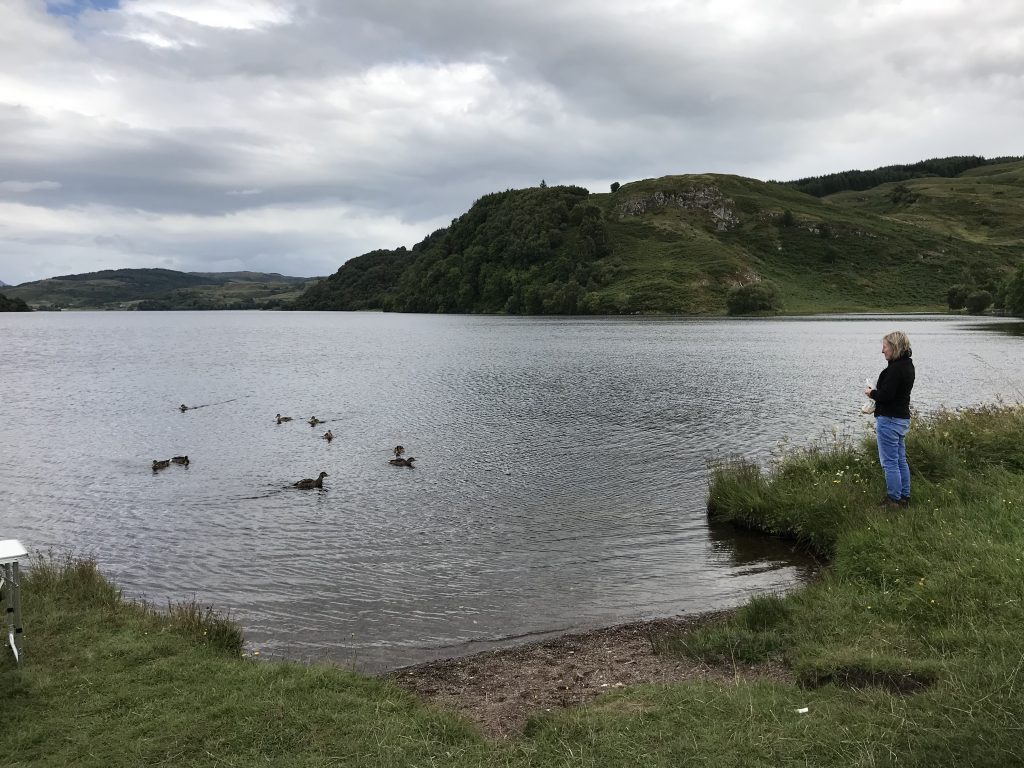 A packet of rich tea biscuits later they were gone and I got back to fishing.  Not a single touch from a trout. 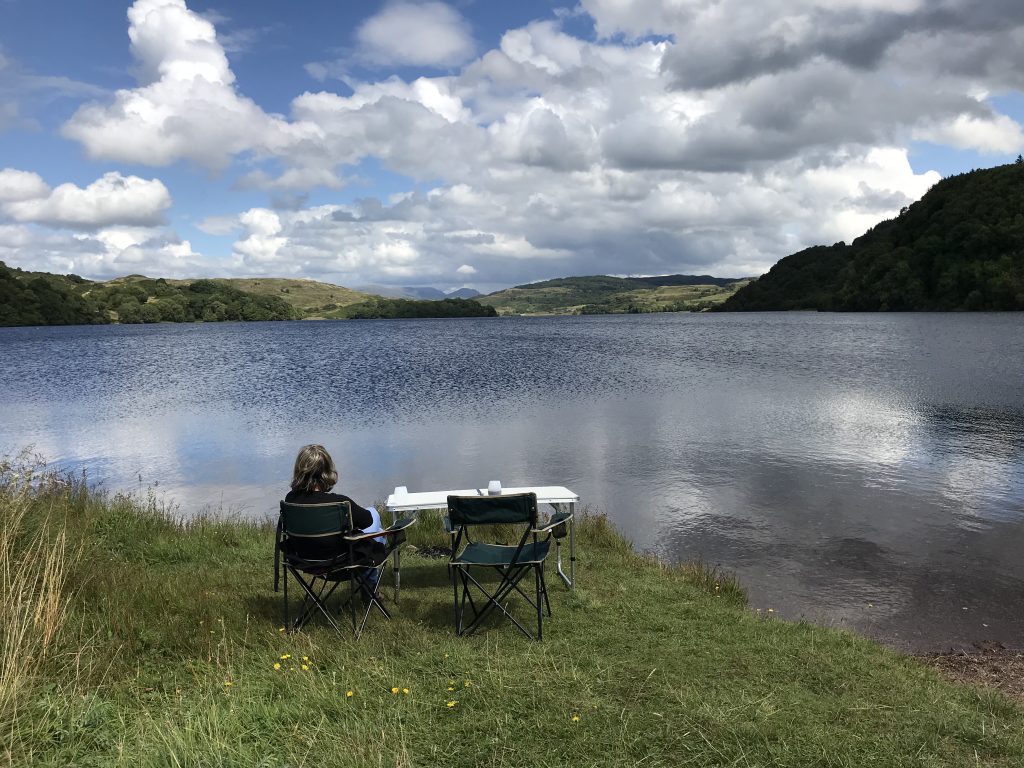 Getting reday for dinner

After dinner a cyclist pulled up at the van and stopped, It was Jim the fisherman he was delighted that we had eaten his crab

To totally spoil our location a guy parked 4 inches from the front of our van .. no I’m not kidding 4 inches. He was obviously much better at parking than I am, I could never have reversed my car into that space.  Even me telling him we may have problems getting out in the morning did not deter him 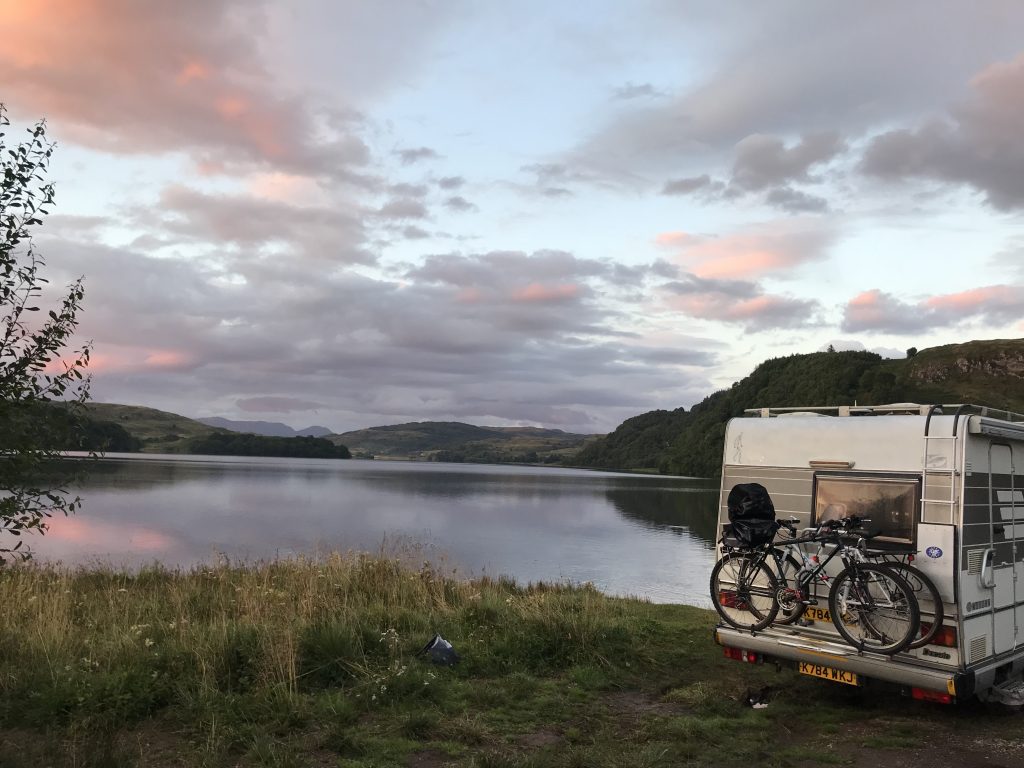