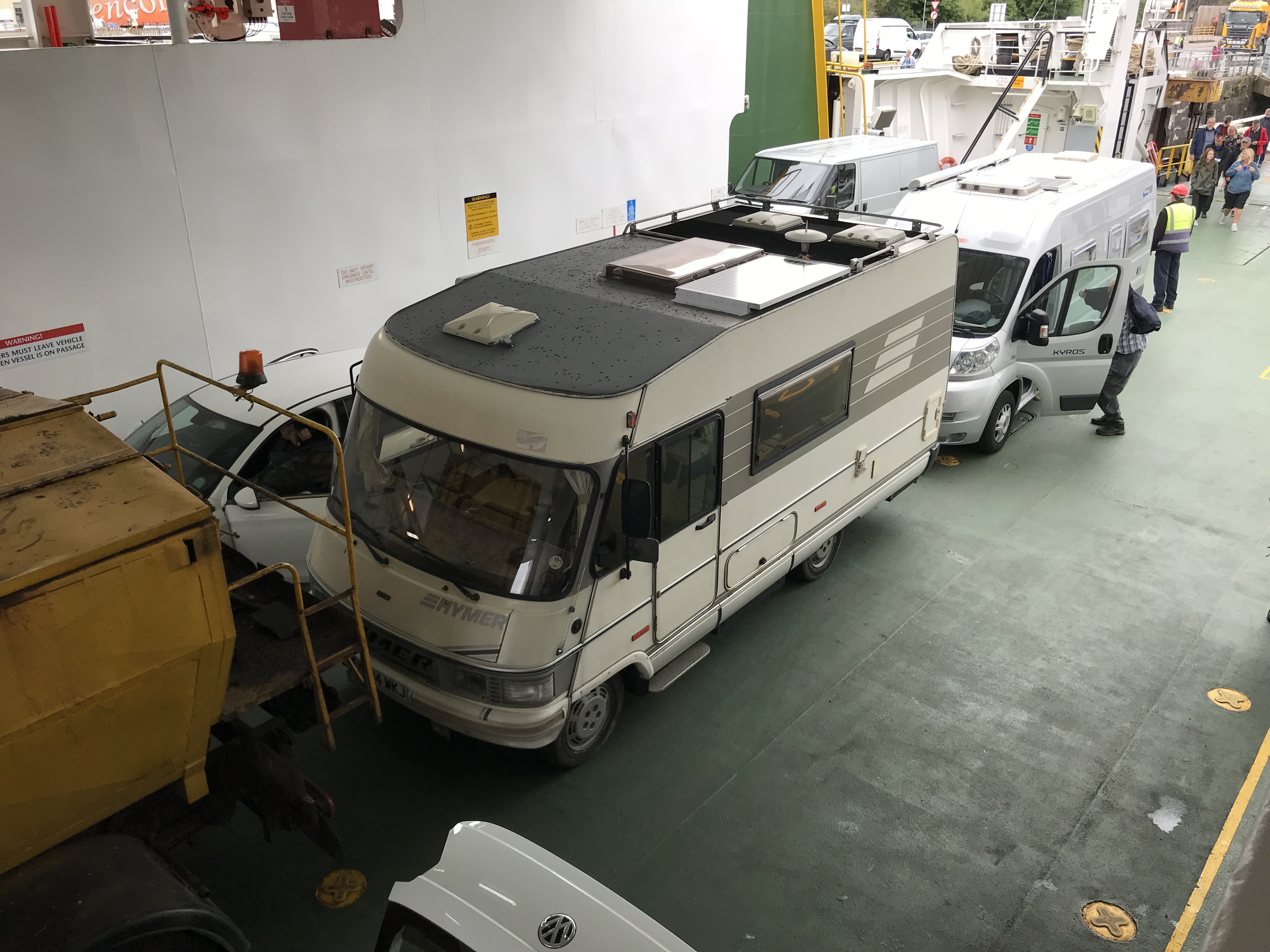 Tuesday 31 July: Off to Mull

It had rained a little overnight so I shoveled up a load of gravel from loch Nell to put under the tyres and fil in some of the deep gouges I had made the day before.  Started the van and put it in reverse and succeeded in covering our neighbor’s car in mud, we were not getting out easily.  It was very early but we had warned him the day before that this may happen so I woke him up so he could move his car to safety.  With him out of the way I was able to drive forward out of the rut then reverse at speed into the road, I was quite relived to have three of the wheels back on the tarmac.  No drama on the way to the ferry but we were early so just parked up and waited our turn.  We did get a much earlier crossing as there was plenty of room.  Interesting soundtrack during the crossing, multiple and constant car alarms.

Having no idea what we were going to do on Mull we just turned right and followed the road until we reached Tobermory the big “city” on Mull.  Quite a steep decent into the town but made it then tried to find a parking space, no chance so we just drove through the car park and back up the hill.  As stated it was quite steep and also very wet .. the van did not like it at all the wheels were spinning and it was lurching forward a foot at a time, I did not think we would make it but eventually after losing most of the front tyres on the road we were out and free!  A very scary drive to Calgary Bay beach followed, along a very narrow single-track road with passing places. I was actually sweating with the nervous tension and was very relived to get parked up in prime position looking out to sea.  We planned to stay here 3 nights so was very pleased with our perfect spot.  Parked up just before the rain hit and it stayed all evening through to the next day.  The van was rocking and it nothing to do with any amorous intention I may have had.  The rain was coming in sideways forced on by a real Atlantic wind so Susan made dinner and we had a few then off to sleep.