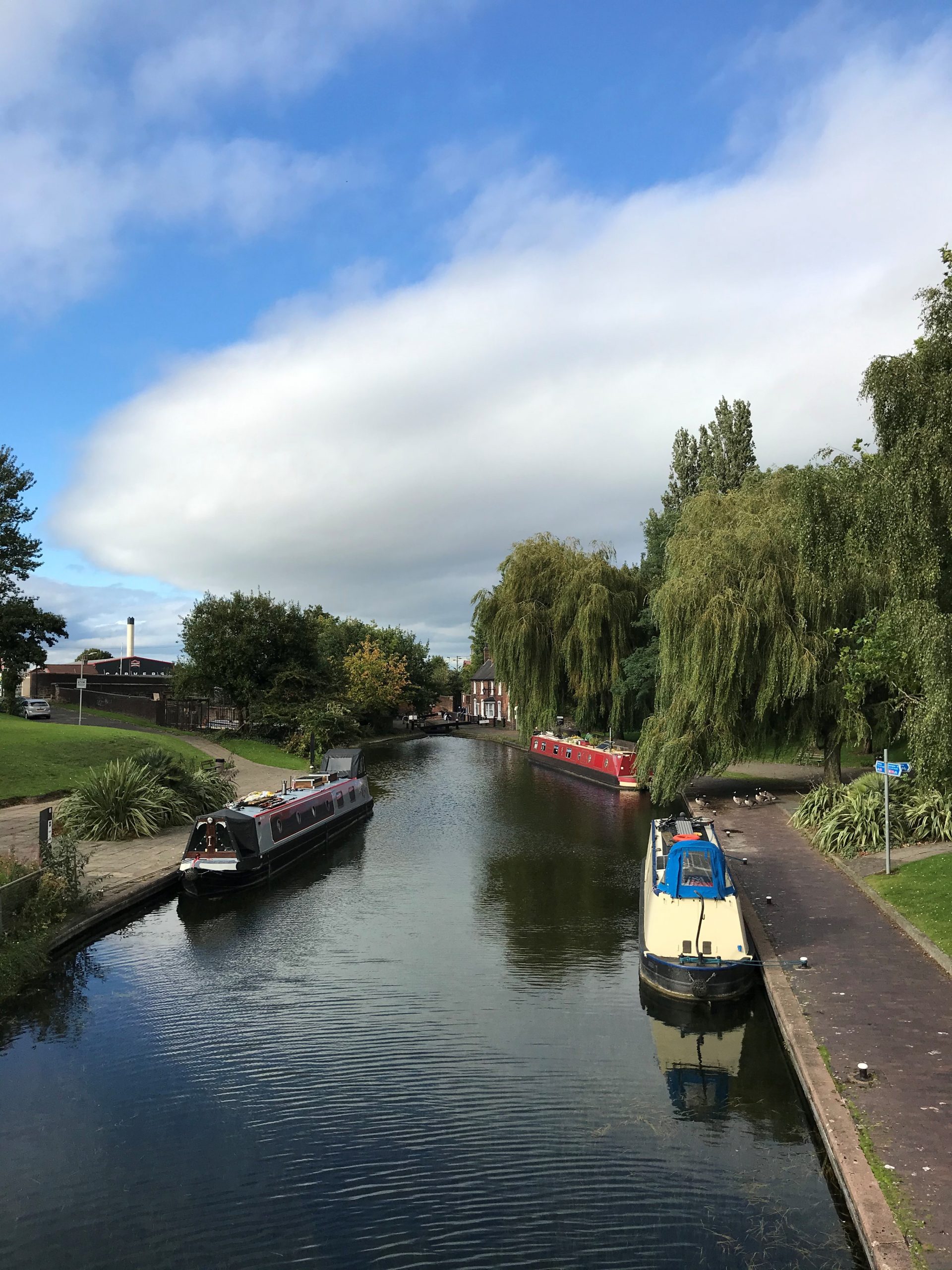 After my very early night I was a little miffed that at 10 pm two boats came up the locks right next to where I was moored with quite a commotion as they tried to get into a mooring in front of me, I decided I would get my own back when I was up at 6 this morning.

I was awake at about 5 so decided to use the proper “facilities” and have a civilised start to the day.

I was off at 7 following the signs to Wolverhampton which was sign posted at 13 miles but only 3 locks happy boy.

Nice easy start with some interesting relics from Birmingham’s industrial past.  The “Islands” in the canal allow 3 boats to moor up simultaneously so at one time there must have been large factories at these sites.

Arrived at the locks at about 8-9 miles expecting a nice easy time, nowhere to tie up the boat while I messed about with paddles and gates.  Finally decided to moor it with my top rope to the gate itself so it didn’t float away when I opened the gates.

Next issue I could not open the paddles and it had nothing to do with the security key as I did have one.  After an awful lot of sweating and a little cursing I was able to lift the paddles but have managed to slightly bend my windlass, cheap aluminium obviously as no way should that bend like that with me pulling it.

When I had finally got through the lock it was not all plain sailing the weeds were terrible with me in and out of the hatch frequently… the water was absolutely gin clear as a fly fisherman would say.  The problem with that is the weeds grow and you can see all the rubbish people dump in the canal.

Plenty of fish though even a couple of reasonable size Pike