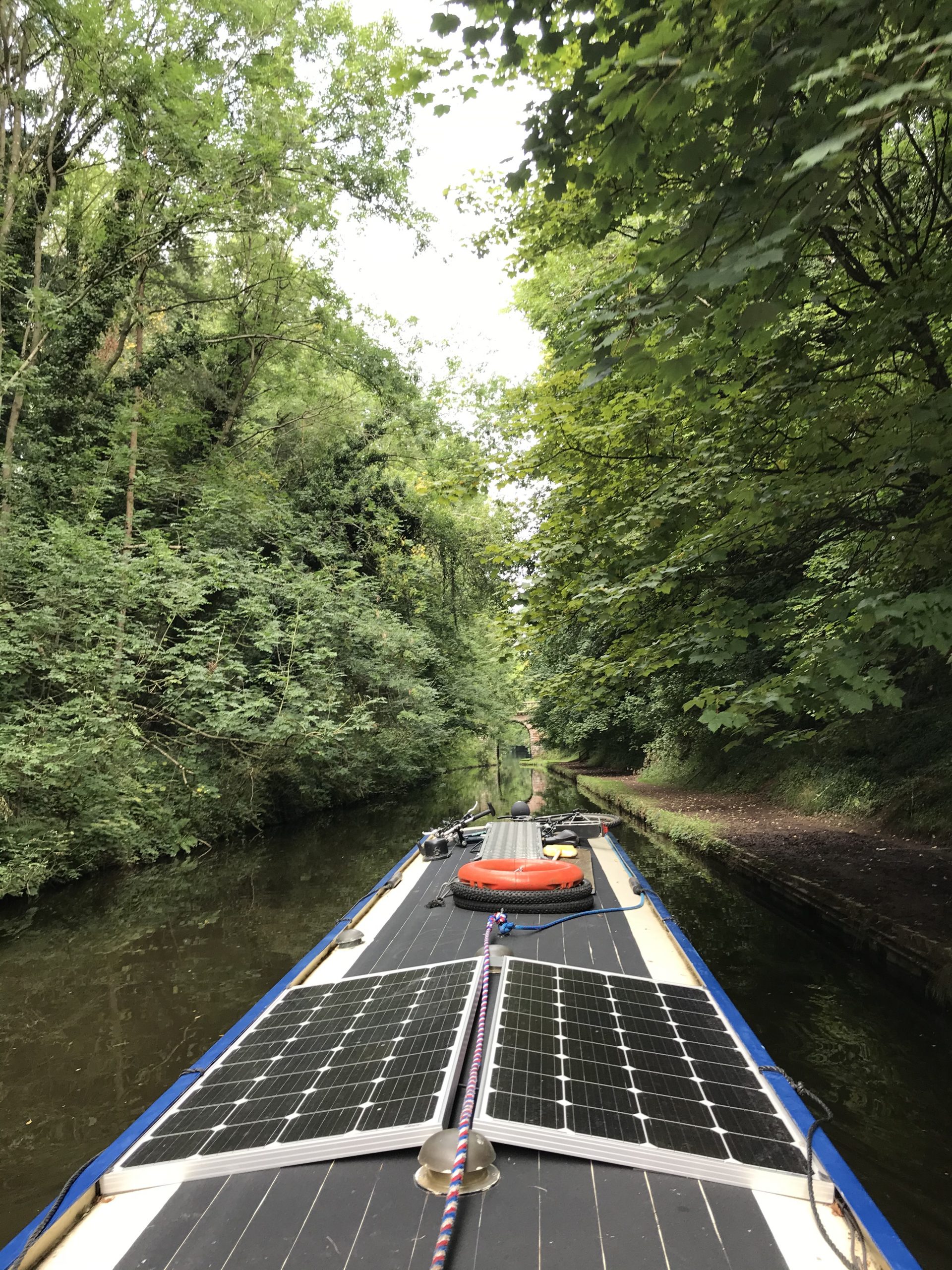 As I had missed my turn I had decided that I would turn back and go on my planned route so the evening was quite relaxed with a few Rum and Cokes and a movie “The last full measure” which I quite enjoyed.  Asleep by about 10 only to wake at midnight.  Fortunately, I went straight back to sleep and did no get up until 7 am.

There was a winding hole not far away so I continued on my way until I could turn the boat around, I’m getting ok at steering this thing forward but I CANNOT deal with it in reverse.  A lot of backwards and forwards until eventually I was facing the opposite direction.  I got stuck on the bottom again so really must be more careful.

What I had forgotten about the previous days trip was the very narrow single track canal, I hadn’t forgotten but did not think it was between me and my turning well I was wrong.  Just as I exited a boat was approaching, I cannot imagine how one would sort a meeting out except by one boat going backwards for quite a distance.

When I got to the junction it was like the M1 at rush hour boats in all three directions all trying to get over one small lock.  More backwards and forwards letting boats out before I could go in.  I decided I would get diesel so I had some idea of the range of this boat.  It was £1.07 which is daylight robbery for red diesel, I pad 76 p earlier in the week… wont ever be filling up there again.  So as expected about 1 hr cruising for 1 L of fuel.

A little later I arrived at the only lock of the day and for the first time on the trip had to moor up and wait for two boats to go down in front of me.  The Shropshire canal is much busier than any other so far.

Checked my instructions and there were moorings about 3 miles ahead near a pub so decision made and here I am at the Boat Inn at Gnosall Heath.

All being well tomorrow I will stop at Market Drayton where I will moor overnight and wait for my brother to join me on Saturday.