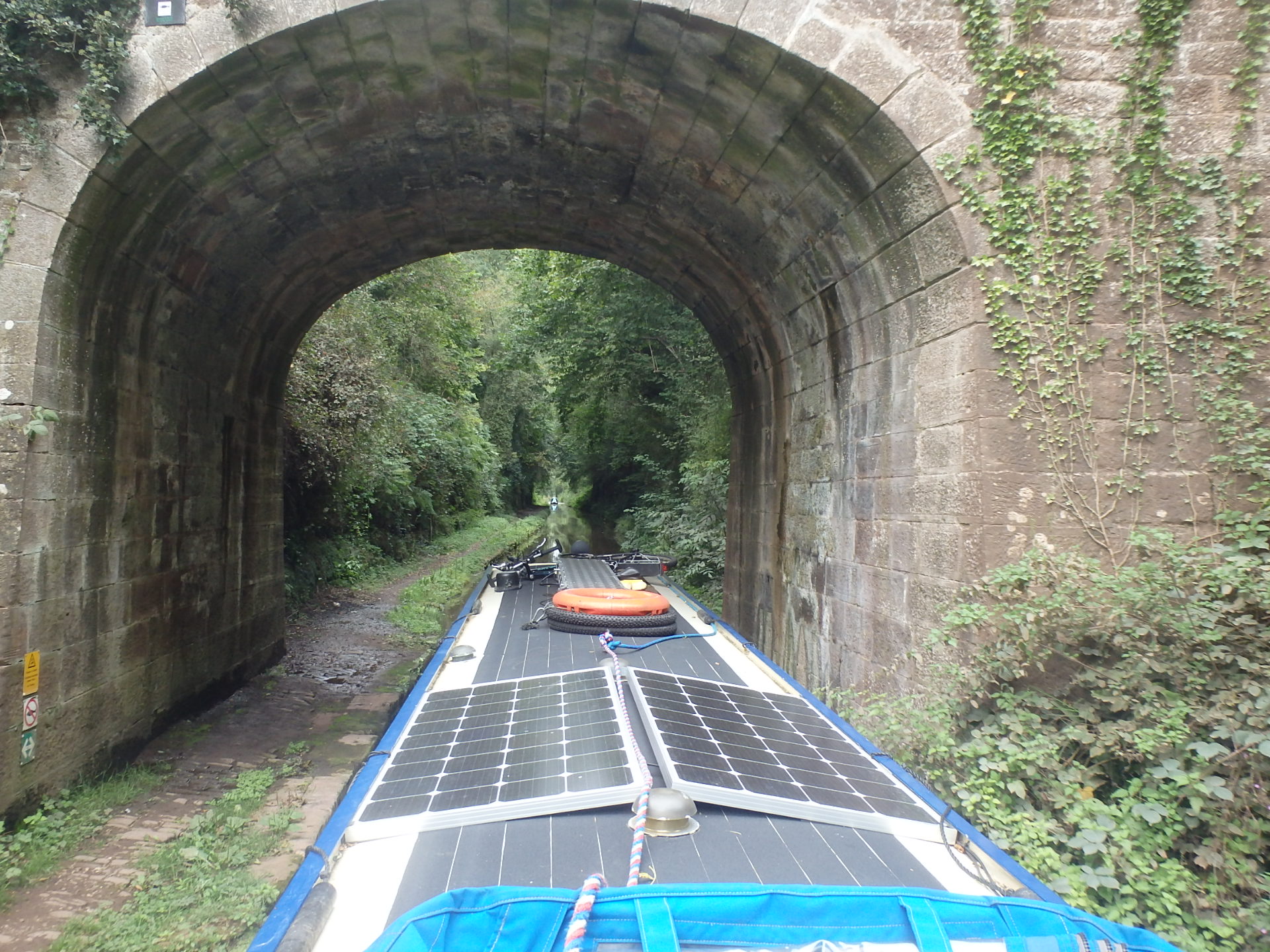 Bit of a slog today as have to get 20 miles to Market Drayton as that is where I have arranged to meet my brother.

So same routine as always up, breakfast, get rid of the “Waste/ Rubbish” start the engine untie and Im off by 07:05.

So today was 20 miles, 5 Locks and not a lot else should take about 7 hours with all going according to plan.  It did largely with a slight delay at the locks as it was busy with boats coming up.

The third Lock was quite interesting as the crew coming up said take care its like white water rafting on the exit. Armed with this information I came out of the lock much faster than normal and was still washed into the far bank. I warned the approaching boat of the issue but he smiled at me like I was in imbecile. I did chuckle when I looked back and saw him at 90 degrees to the lock entrance, I was in the next lock before he sorted himself out. I don’t feel guilty for not helping I’m on my own and he had 3 other crew members.

One very narrow stretch where I met 3 boats was a little nerve racking, I was on the offside from the towpath and it was very overgrown and quite shallow, I felt the boat lift over mud banks when I was forced right out to that edge.  The last boat that was about to enter the narrow section kindly dragged themselves to the bank so I could pass without ducking the foliage.

It was a lot slower than I expected as there were mooed boats everywhere this is a heavily populated canal for residential moorings.

Arrived at Market Drayton and lucky Mick was able to moor within about 100m of where I have told Brian I will meet him, a good end to the boating day.

Decided I would take a walk into town to scout the place out for tomorrow and have a beer or two in Mr Spoons.  Pub is an old converted cinema “The Hippodrome” like many of his chain quite different but like many of his chain 5 beers on display but two are off obviously these are the two I want to try.  So, the choices are Doom Bar, Abbott and Ruddles best, I am not partial to any of them.

So off to the shop as needed some absorbent material for when I tackle the stern valve tomorrow.

Now I’m back at the boat typing with one hand beer in the other, guess it will be an early night AGAIN.  I think I may have caught Susan Edwards Syndrome.