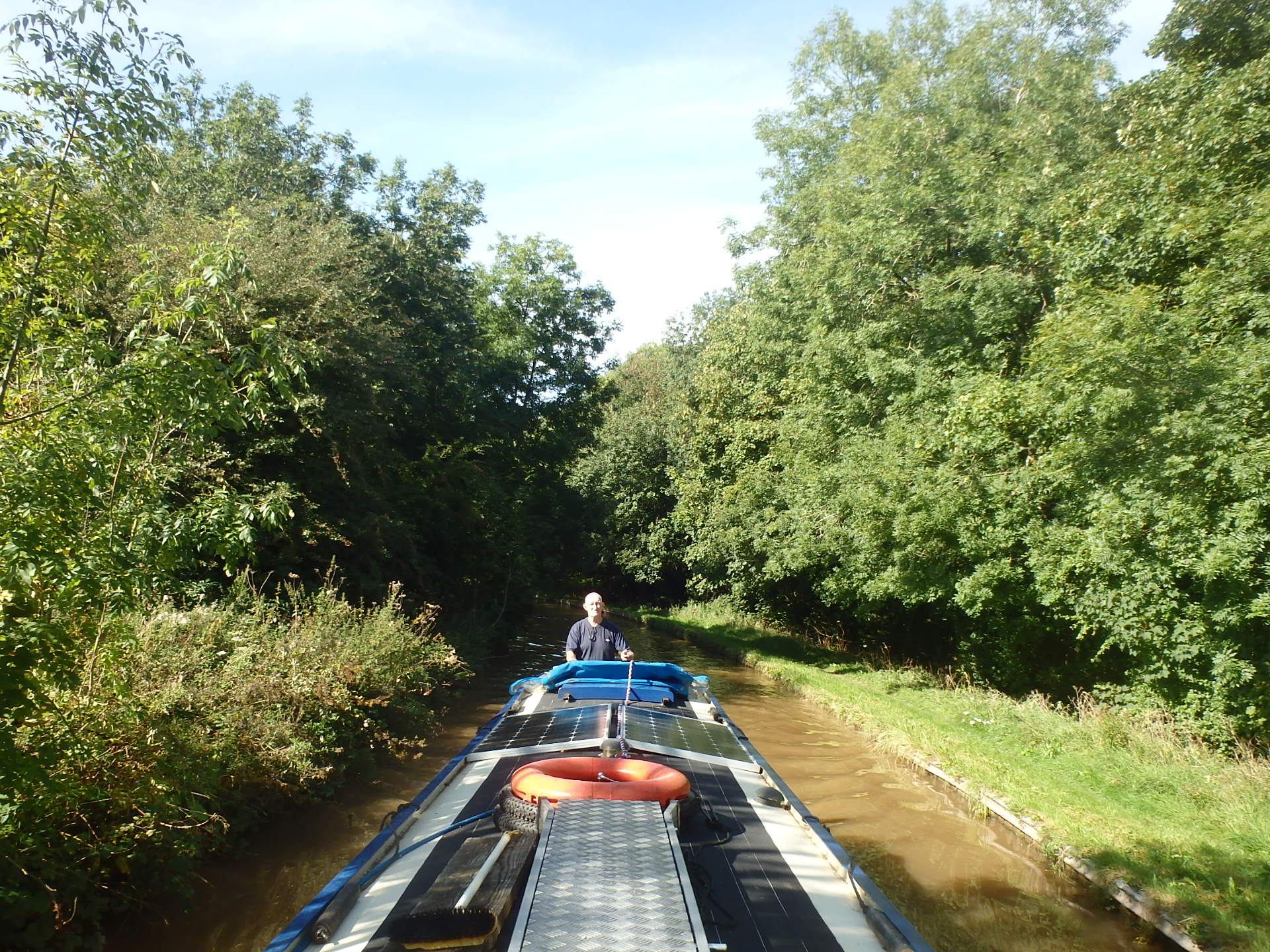 Today was quite an uninteresting slog apart from a rather chaotic junction with the Trent canal.  Boats coming from all three directions even backed up under the bridge we needed to go under somehow, we got through without hitting anything.  That was a minor miracle, and the last of today’s excitement we ended the day in Middlewich.  We had got stuck on the mud a couple of times but no real trauma.

We moored the boat after some drama where we managed to get the bow stuck in one bank and the stern in the other but eventually, we had it dragged to the edge we were near the town centre, in  fact the sign said 189 yards.

Needed a bit of shopping so decided to take a look round so off we popped, what a nothing town most shops still closed and even the ones that were open were uninspiring.  We walked down the main street until at the end of the road we found a LIDL so shopping sorted.  On the way back we called in the Vault pub again a Formica drinking establishment nothing fancy here.  To be fair the lady who served us stuck to the social distance and record keeping stuff even had a box for us to put our used pen in after giving our contact details.  I was very dehydrated so had a cider which after taking a gulp or two I topped up with the orange juice I had just bought “shandy like”.  2 pints of the mixture later and I was beginning to feel normal again.

Used the loo before leaving and a guy stood at bar with a bloody great bird or prey on his arm, now I have never seen that in a pub before!

When we got back to the boat, I noticed we were moored right next to the dog crap collection bin so untied the boat and dragged it 20m down the towpath.

That was it for the day except that within a few minutes of me sitting down on the deck to cool off a dog came and shat right at the side of me on the towpath.  The owner was quite apologetic and picked it up.  In what seemed another minute the same thing happened but this time about 10 feet in front of the boat again picked up and disposed of but come on!!!